Behind Alek Manoah, Jays look to take series from Rays 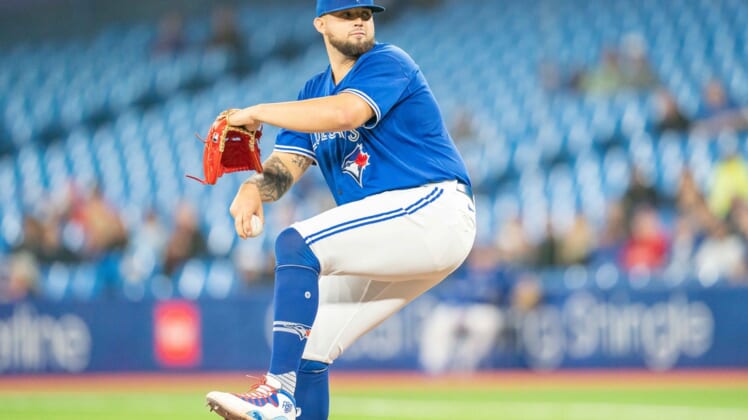 When the Toronto Blue Jays and Tampa Bay Rays square off for the final game of a three-game series Sunday in St. Petersburg, Fla., it won’t be the last time these two teams see each other this season.

Far from it. Counting this series, the Blue Jays and Rays will play 19 games against each other this year. That includes a September stretch that could play a prominent role in the American League East standings.

From Sept. 12-25, the Blue Jays and Rays will play each other nine times. Although the New York Yankees currently lead the division, there is plenty of time for Toronto and Tampa Bay to get back into the race, and both teams have reasons to be optimistic.

Toronto was a popular pick to win the division before the season began, but offensive struggles have landed the team at two games over .500. But the Jays ended a five-game losing streak with Saturday’s 5-1 win over Tampa Bay.

“That’s just part of the American League East,” Toronto manager Charlie Montoyo said. “Like I always say, to be good enough is not enough when you dream of being great. You’ve got to play the good teams and battle to win.”

The Blue Jays know they can count on superstar Vladimir Guerrero Jr., who ran his hitting streak to 11 games in the first inning. But they got some help from unexpected places Saturday. That’s because the Blue Jays are getting healthy.

Teoscar Hernandez and Danny Jansen each homered in a four-run eighth inning. Both had missed significant amounts of time due to injuries.

And there’s even more good news for Toronto. Center fielder George Springer injured his ankle in Friday night’s game and sat out Saturday, but the injury isn’t expected to keep him out for long.

Plus, the pitching matchup in Sunday’s game favors the Blue Jays.

Cash will hand the ball to left-hander Jeffrey Springs as the Rays again will turn to the opener concept to help compensate for injuries to their pitching staff.

“We’ve got to find a way to help ourselves pitching-wise,” Cash said. “We’ve taxed our bullpen way too much.”

Springs (1-1, 2.12) has appeared in 10 games this season, but he has made only two starts. In his career, Springs has pitched in 112 games with only four starts. He has never started against Toronto.

That means Tampa Bay will have to find its offense. Manuel Margot extended his hitting streak to 11 games Saturday and improved his batting average to .348.

But shortstop Wander Franco, who got off to a fast start, has slowed. Franco hasn’t had a hit in his last 16 at-bats. That has led to questions about if he is healthy.