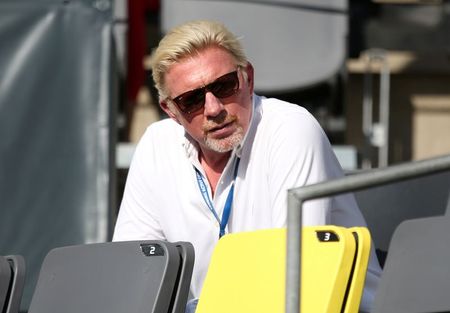 (Reuters) – German tennis great Boris Becker pleaded not guilty on Thursday to charges that he had failed to hand over his Grand Slam trophies in order to settle his debts, the Press Association reported.

The former tennis player, who was declared bankrupt in June 2017, is also accused of not complying with obligation to disclose information.

Becker, 52, pleaded not guilty to all the charges brought by the Insolvency Service when he made a 45-minute appearance at Southwark Crown Court in London, the report said.

A 28-count indictment includes failing to hand over a silverware trophy from his maiden Wimbledon triumph in 1985 when he became the youngest men’s champion at the All England Club at the age of 17.

Six-times Grand Slam winner Becker is also accused of concealing the 1989 Wimbledon trophy and his Australian Open trophies from 1991 and 1996.

He was told his trial would be listed to take place in September 2021.

Earlier on Thursday, Becker said in an Instagram post https://www.instagram.com/p/CGoyN_rnGOP: “What defines us is how well we rise after falling.”

He was the first German to claim the men’s singles crown at Wimbledon and the first non-seeded player to win the grasscourt major.

(Reporting by Hardik Vyas in Bengaluru; Editing by Gareth Jones)