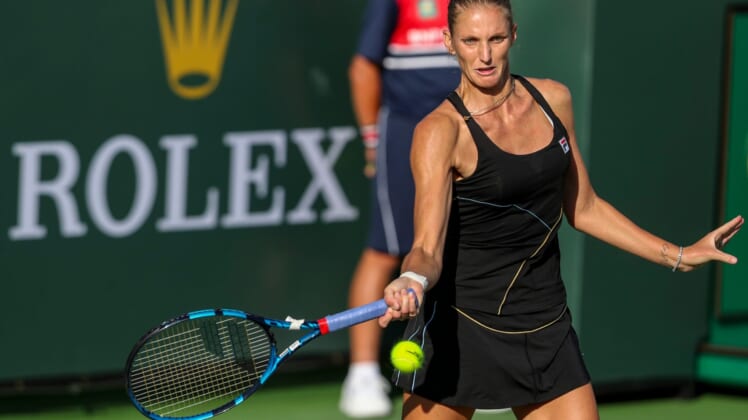 Unheralded Beatriz Haddad Maia dominated the final two sets and recorded a 4-6, 6-1, 6-2 victory over fourth-seeded Maria Sakkari of Greece on Friday to advance to the third round of the Miami Open.

The left-hander from Brazil converted five of her seven break points while defeating a top-five-ranked player for the third time in her career. Sakkari is ranked third in the world.

“I knew the match would be tough,” Haddad Maia said. “She has been doing very good results, I think she’s in her best tennis now. I knew that I had to leave everything on the court and try to do my best.

“I tried to be more aggressive as the match was going further and trying to do my best shots. I think mentally I was very competitive, and that’s why I could get this win, so I’m very happy with that.”

The 25-year-old Haddad Maia’s other top five wins were against then-No. 4 Sloane Stephens in 2019 at Acapulco and then-No. 3 Karolina Pliskova last year at Indian Wells.

Sakkari had six double faults during the setback to a player ranked 62nd in the world.

“It’s unbelievable,” Fruhvirtova said. “I worked really hard for this and I’m enjoying it.”

American Shelby Rogers also delivered an upset as she posted a 6-3, 7-6 (0) victory over 10th-seeded Jelena Ostapenko of Latvia.

Fifth-seeded Paula Badosa of Spain advanced with a 7-5, 7-5 win over Marie Bouzkova of the Czech Republic.

In others matches involving seeded players, No. 17 Elena Rybakina of Kazakhstan was a 6-4, 7-5 winner over Elena-Gabriela Ruse of Romania, and No. 21 Veronika Kudermetova of Russia had a 5-1 lead in the opening set when Hungary’s Dalma Galfi retired.