The Chicago Bears face the Tennessee Titans in Week 3 of the NFL’s preseason schedule. Our Bears vs Titans preview examines the key matchups, looks at info and predicts how the final game will unfold.

Bears vs Titans: What you need to know

Let’s dive into our Bears vs Titans preview. 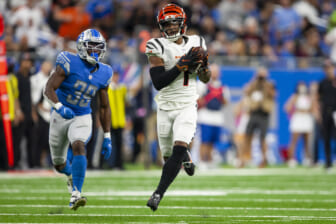 Matt Nagy is probably more committed to Andy Dalton than he should be. The veteran quarterback doesn’t need preseason games, but Nagy put him out for the entire half against the Buffalo Bills. But while we can’t predict how much Justin Fields plays, you can count on him delivering some highlights when he’s on the field.

In regards to the matchup, it’s hard to ask for a better opportunity. Tennessee’s defense was one of the worst in the NFL last season and while improvements were made, depth remains an issue. We’ll examine how that will influence Saturday’s game.

Even a casual observer can’t watch a Bears’ game for more than a few minutes before realizing how bad the offensive tackles are. The Teven Jenkins injury made the situation much worse and while adding Jason Peters helps, Chicago has to be sweating bullets about its outside protectors entering the regular season.

Click here for our Chicago Bears preview and 2021 predictions

Fortunately, Nagy and Co. can breathe a little easier for the Bears vs Titans game. Tennessee’s pass rush is not its strength, so that should make pass protection a little easier.

Backup quarterback competitions never get attention, nor should they in most cases. Ryan Tannehill is the Titans’ starting quarterback and they are a Super Bowl contender when he is on the field. But if he gets hurt, a team being carried entirely by its offense crumbles. That’s what makes the Woodside-Barkley duel a storyline. 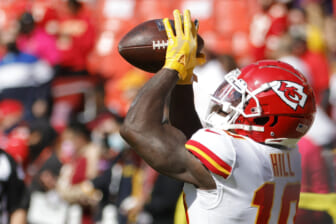 The bottom line: Let’s be honest, the Bears vs Titans game is all about Justin Fields. He keeps showing everyone why he should be Chicago’s starting quarterback. Maybe another excellent performance will finally convince Nagy to make the move.