Bears trade up one spot with 49ers for Mitch Trubisky 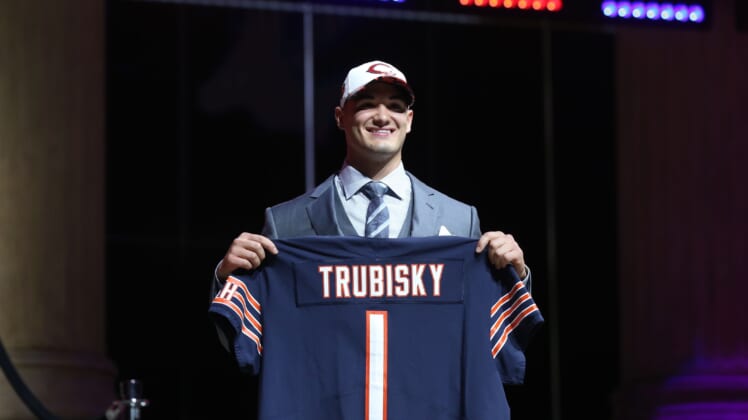 It did not take long for the first trade of the 2017 NFL Draft to take place. The Chicago Bears moved up from the No. 3 pick, acquiring the No. 2 pick from the San Francisco 49ers. With the No. 2 pick,  Chicago selected North Carolina quarterback Mitch Trubisky.

In exchange, the 49ers acquired Chicago’s third overall pick, a third and fourth round pick in 2017, and a 2018 third rounder.

Objectively, that’s a huge haul to move down only one pick. John Lynch has already been active in his first draft as an NFL general manager.