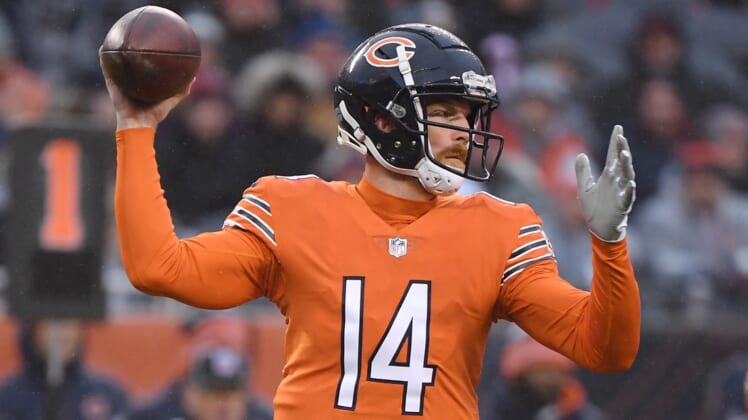 The Chicago Bears named quarterback Andy Dalton to start in the team’s home finale Sunday against the New York Giants.

Dalton will take over from Nick Foles, who guided the Bears to a 25-24 victory over the Seattle Seahawks last week to end a three-game losing streak. Foles had taken over for rookie QB Justin Fields, who was out with an ankle injury.

Dalton started the first two games of the season for the Bears, until he was replaced by Fields. Dalton also started in Weeks 12 and 13. Chicago is 2-2 in Dalton starts this season.

Dalton, 34, has passed for 1,017 yards this season with six touchdowns and six interceptions. He was activated from the reserve/COVID-19 list Dec. 23 but did not play last Sunday.

Foles threw for 250 yards with a TD and no interceptions against the Seahawks, making his first appearance this season after starting seven of the nine games he played for the Bears last season.