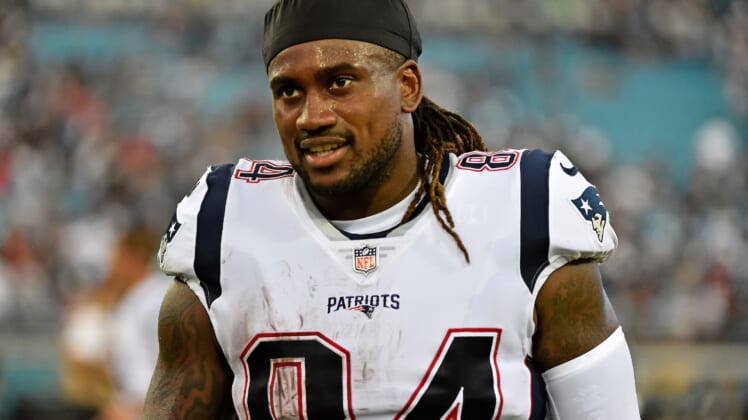 Unlike last March, the Chicago Bears have been pretty inactive during the early stages of the NFL’s legal free-agent tampering period. Instead, the team lost stud safety Adrian Amos and could also lose slot corner Bryce Callahan.

According to ESPN’s Adam Schefter, Chicago plans on signing former New England Patriots wide receiver Cordarrelle Patterson. The deal is said to be worth $5 million annually.

Former Patriots’ WR Cordarrelle Patterson intends to sign with the Chicago Bears for $5 million per year, per source.

Patterson, 27, was a first-round pick of the Minnesota Vikings back in 2013. Despite earning two Pro Bowl appearances as a special teams ace, he didn’t pan out at wide receiver.

The former Tennessee standout recorded just 132 receptions in four seasons with Minnesota before spending the 2017 campaign in Oakland.

Though, Patterson was more effective in his only season with the Pats. He gained north of 200 rushing and receiving yards and averaged a robust 7.5 yards per touch. Look for him to fill multiple roles in Chicago, including on special teams.