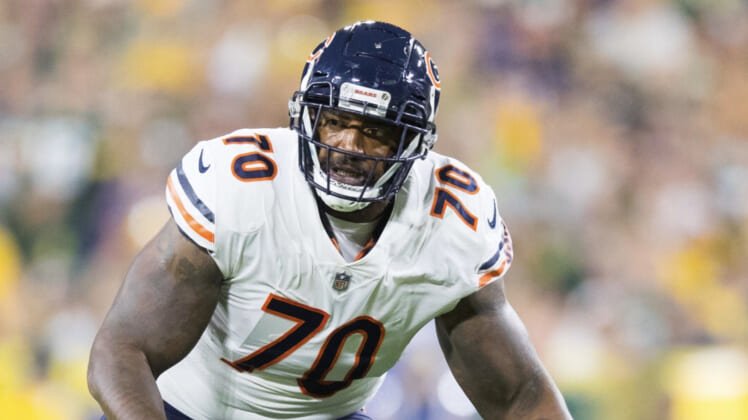 The Chicago Bears will be without starting right tackle Bobby Massie for Monday night’s important game against the Washington Redskins.

Chicago announced its inactives for the game and included Massie on the list.

This could be a major blow for a Bears passing offense that has struggled with young quarterback Mitchell Trubisky under center over the first two weeks of the season.

Massie has started all 48 games in which he’s appeared in three-plus seasons with the Bears. He’s been among the best right tackles in the NFL during that span.

Chicago heads into this Week 3 matchup at 1-1 on the season and ranked 31st in scoring offense (9.5 points per game). This certainly isn’t going to help matters.