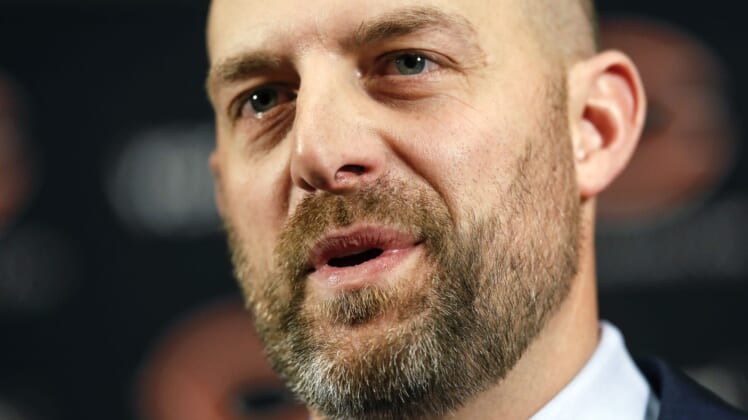 Is this a rookie mistake, or is Chicago Bears head coach Matt Nagy ahead of the curve?

That’s a question that will likely be debated quiet a bit after the rookie coach opted to keep most of his starters completely out of the team’s third preseason game.

Veteran NFL reporter Dan Pompei likely represents many in his assessment of this situation.

Bears are not playing their starters. I don't like it a bit. Football players need to PLAY FOOTBALL to get better at playing football. You can be smart about trying to minimize injuries, but not scared. It sends the wrong message to players, and to the fans who bought tickets.

It’s a tricky balancing act, wanting to keep your star players healthy while at the same time getting them ready to play at their best at the start of the regular season.

From my own perspective, making the call to keep a second-year quarterback who struggled as a rookie and who’s struggled mightily throughout the summer on the bench in a game that is traditionally a dress rehearsal for the regular season is a probably a bad move.

Mitch Trubisky needs all the reps he can get right now. He’s clearly still very much a work in progress, and he’s played a minimal amount this preseason to begin with.

If the Bears come out sluggish on offense especially to open the season, then Nagy will receive plenty of criticism for his choice here.

Then again, if Chicago starts hot and stays hot, then it’s likely Nagy’s decision to keep his starters on the shelf will cause a ripple effect around the league as teams wrestle with keeping their top players off the injured list.