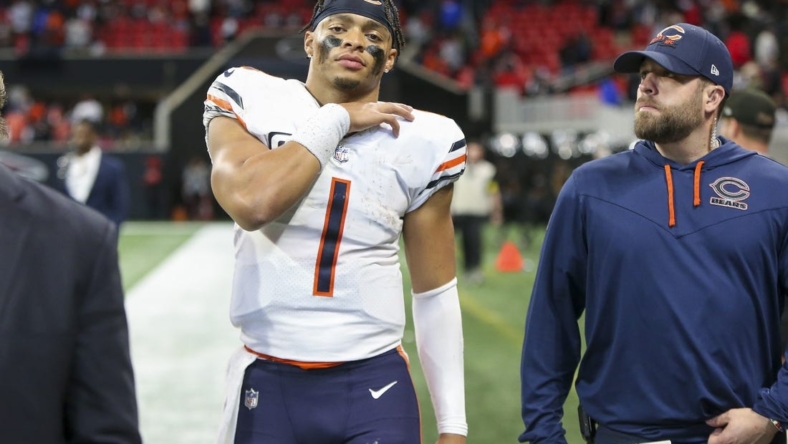 Chicago Bears quarterback Justin Fields said Wednesday that his left shoulder is separated and he will weigh how it feels before deciding whether he can play in Sunday’s road game against the New York Jets.

Fields hurt his left shoulder late in the fourth quarter of Sunday’s 27-24 loss to the Atlanta Falcons.

“It’s a separated shoulder with partially torn ligaments,” Fields told reporters of the injury. “Basically, like an AC joint. That’s my understanding of it.”

The Bears view the injury as a day-to-day thing and hope to make a decision on Fields on Friday.

Fields said he threw passes during Wednesday’s walk-through and felt pain in the shoulder. The Bears listed him as limited on their practice report.

“The pain is pretty high today just with throwing and stuff like that, finishing throws, just the pain with that,” Fields said. “I’m just going to work throughout the week to get that motion down, try to get that pain down a little bit and see what happens Friday night, Saturday. See how it goes.”

Backup Trevor Siemian, who has thrown one pass this season, would start if Fields can’t play.

Fields has passed for 1,642 yards, 13 touchdowns and eight interceptions in 11 games this season. He has scored seven touchdowns on the ground and ranks fifth in the NFL with 834 rushing yards.