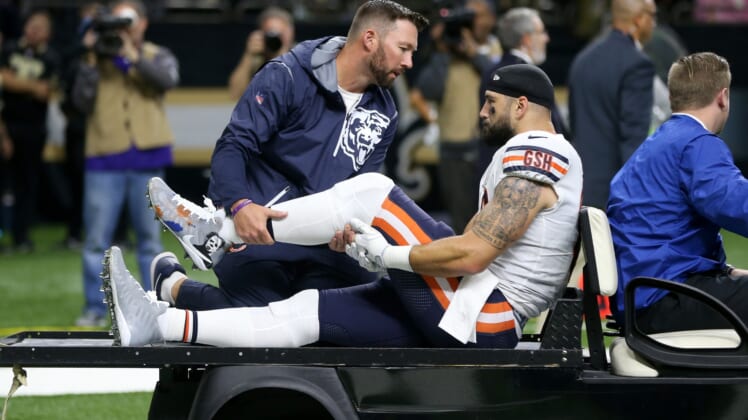 Veteran tight end Zach Miller did everything possible to return to the gridiron after suffering a gruesome knee injury as a member of the Chicago Bears back in 2017.

Unfortunately, Miller’s career has come to an end. A fan favorite in the Windy City, Miller took to Instagram to thank Bears fans and the organization while announcing his retirement from the NFL on Tuesday.

“To the city of Chicago, my beloved bears fans and NFL fans everywhere… The time has come to move on from playing the game of football,” Miller wrote on IG. “It has been an incredible journey for myself and my entire family and we can’t thank you enough for your continued support. I would love more than anything to step on Soldier Field one last time but I physically cannot give the game and our fans what they deserve.”

The seven-year NFL veteran had hoped to return to the field after almost losing his leg in an October 2017 game against the New Orleans Saints.

By walking away from the game, Miller is putting his health first. That has to be the goal of any player that’s suffered a serious injury of his ilk.

“It’s difficult to find words to express my love and gratitude to every single person that has cheered my name, picked me up and stood strong with me throughout my time in this league,” Miller continued. “I am forever grateful.”

Miller ends his NFL career having put up 146 receptions for 1,631 yards and 15 touchdowns after being a sixth-round selection of the Jacksonville Jaguars back in 2009.

We wish Miller the best in his post-NFL life.