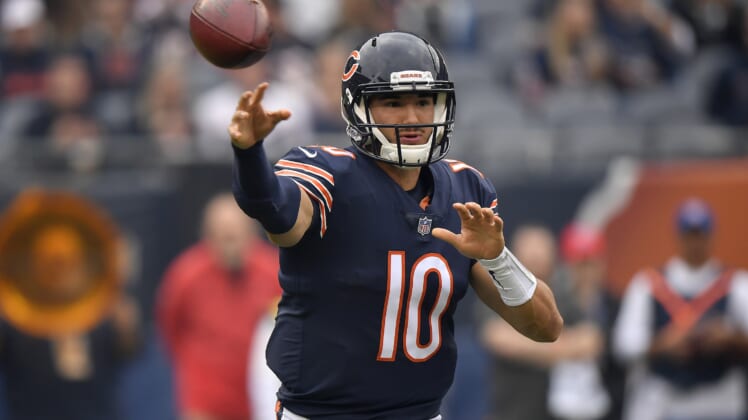 Mitch Trubisky and the Chicago Bears will head to Western New York to take on the Buffalo Bills this coming weekend.

While the Bills themselves have been a pretty darn bad football team this season, their fans continue to make the news. That’s the good news. The bad news? Well, said news could very well revolve around a fan soon being nominated for a Darwin Award.

Prior to their game against the New England Patriots this past Monday night, an unnamed Bills fan decided to leap off a vehicle and on to a table. It was pretty crazy. But it’s also what separates these Bills fans from their counterparts.

According to Trubisky, he would like to see Bears fans take a page from this book.

Mitch Trubisky on #BillsMafia: "They jump on tables and go crazy. I love it. I want to see some #Bears fans jump on ta… I shouldn’t say that."

Yeah, we’re not sure advocating for idiocy is the best route to go here. As it relates to Sunday’s game, we’re going to see much of the same in Western New York.

And should the Bears come out on top, as expected, we’re just hoping Trubisky joins fans in Buffalo in the parking lot after the game. That would be next level brilliant.