Bears’ Kyle Long on Mitchell Trubisky: He is our leader in the locker room 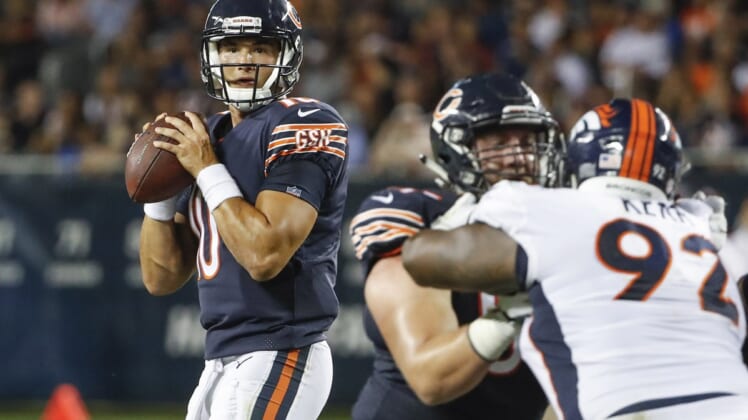 One of the biggest learning curves for quarterbacks from the amateur ranks to the NFL involves leadership. So many young signal callers are afraid they’re stepping on toes by acting the part of a leader. They follow. And in an NFL that’s quarterback driven, this is not necessarily a recipe for success.

Coming off an up-and-down rookie campaign, that doesn’t appear to be an issue for Chicago Bears quarterback Mitchell Trubisky.

In talking about his signal caller, veteran offensive lineman Kyle Long had nothing but praise to throw in the direction of Trubisky.

“Without a shadow of a doubt, our guy number 10 is our leader and that’s echoed throughout our locker room,” Long said, via SiriusXM NFL Radio. “He’s not afraid to call a guy like myself out, if the effort is lacking. He just makes everything look easy.”

That’s a tremendous vote of confidence in the direction of such a young quarterback.

With new head coach Matt Nagy leading the charge in Chicago this coming season, expectations are much higher than they’ve been in the recent past. These Bears boast a lot of untapped young talent — Trubisky heading that group.

The 23-year-old former No. 2 overall pick is expected to improve leaps and bounds from an initial campaign that saw him toss just seven touchdowns in 12 starts under John Fox. If Long’s words are any indication, he’s already taken the first step.