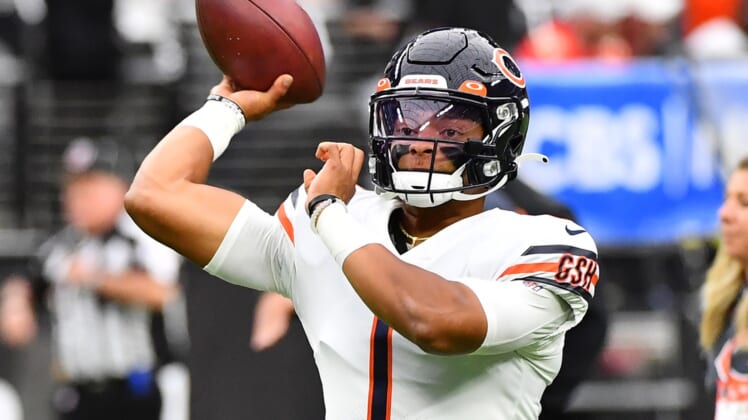 Quarterback Justin Fields of the Chicago Bears and cornerback Stephon Gilmore of the Carolina Panthers were placed on the reserve/COVID-19 list Thursday in advance of their teams’ season finales this weekend.

Both the Bears and Panthers have been eliminated from playoff contention in the NFC.

Fields didn’t play in a Week 17 victory over the New York Giants because of an ankle injury, but coach Matt Nagy had said Wednesday that Fields would start this weekend when the Bears (6-10) face the Vikings (7-9) in Minnesota.

The starting job Sunday will fall to veteran Andy Dalton if Fields isn’t released from the protocol before game time.

Gilmore, acquired by the Panthers in a trade with the New England Patriots in October, has played in eight games (three starts) for Carolina. The 31-year-old, a two-time All-Pro, had two interceptions, two passes defensed and 16 tackles on the season.

The Panthers also on Thursday placed rookie wide receiver Shi Smith on the COVID list. He has six catches for 104 yards in six games.