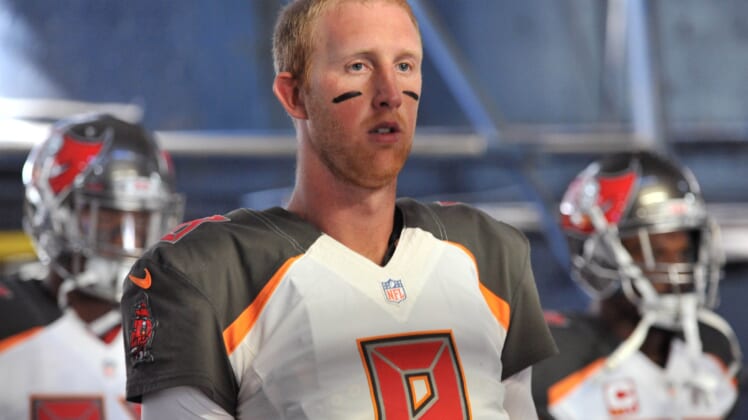 The Chicago Bears pulled off an aggressive trade with the San Francisco 49ers in order to select quarterback Mitch Trubisky at No. 2 on Thursday evening.

This news has led to some speculation about what the Bears’ plans are for quarterback Mike Glennon, who the team signed in free agency.

According to the report, Pace called Glennon and informed him of the news. Glennon said that he planned to watch the draft, so he witnessed first-hand the surprising chain of events.

Glennon started a total of 13 games in his four years with the Tampa Bay Buccaneers. He is currently signed to a three-year, $45 million deal which includes $18.5 million in guarantees. The Bears can pretty much get out from under Glennon’s contract following the 2017 season should he fail to perform.

If so, then Trubisky would likely take over under center. Until then, it appears to be Glennon’s team in Chicago.