Bears and Bengals among favorites to land Cam Newton 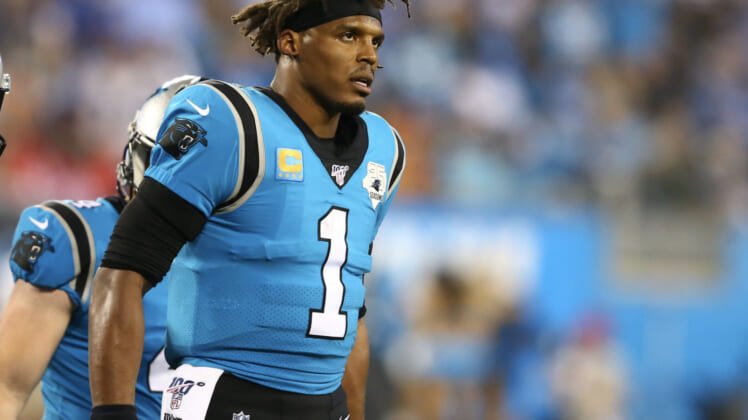 There’s a darn good chance that former NFL MVP Cam Newton has played his final game as a member of the Carolina Panthers.

Currently on injured reserve with a Lisfranc injury, Newton has regressed big time in recent seasons. Meanwhile, Carolina has been having some success with second-year undrafted free agent Kyle Allen.

As the two sides near a divorce, betting odds are coming out as it relates to who Newton will be suiting up for next season. The Chicago Bears top that list.

Let’s run down these options quickly.

It’s not a surprise that Chicago would top the list given just how poorly Mitchell Trubisky has played this season. Flush with a championship-caliber defense, Chicago currently sits at 4-6 on the season and completely out of the NFC Playoff race. Trubisky has thrown just nine touchdowns in as many starts and is gaining less than 177 passing yards per game. Newton is also said to be interested in the Windy City.

Having already benched Andy Dalton for rookie mid-round pick Ryan Finley, it’s becoming clear that Cincinnati will be in the market for a quarterback this offseason. After all, Finley does not look to be the long-term solution in Cincy. At 0-10 on the season, the Bengals are in line for the first pick in the 2020 NFL Draft. However, the serious hip injury Alabama’s Tua Tagovailoa suffered last week could force the team to look for a veteran. Newton makes sense in Zac Taylor’s offense.

Here’s yet another team that’s in quarterback purgatory. General manager John Elway added a washed Joe Flacco in a trade this past offseason. He threw just six touchdowns in eight starts before being placed on injured reserve. Meanwhile, rookie second-round pick Drew Lock is nowhere near ready to start and might not see the field at all this season. Elway will be in the market for Newton. The fit is there.

Tanking for Tua has not necessarily worked for Miami. Brian Flores’ squad just recently ended a surprising two-game winning streak and is behind Cincinnati and Washington in the NFL Draft pecking order. Having acquired 2018 first-round pick Josh Rosen last offseason, the Fins have pushed back against playing him. Newton remains a potential stopgap option if the Dolphins do indeed decide to go quarterback in Round 1. If they don’t, he could potentially be a long-term solution.