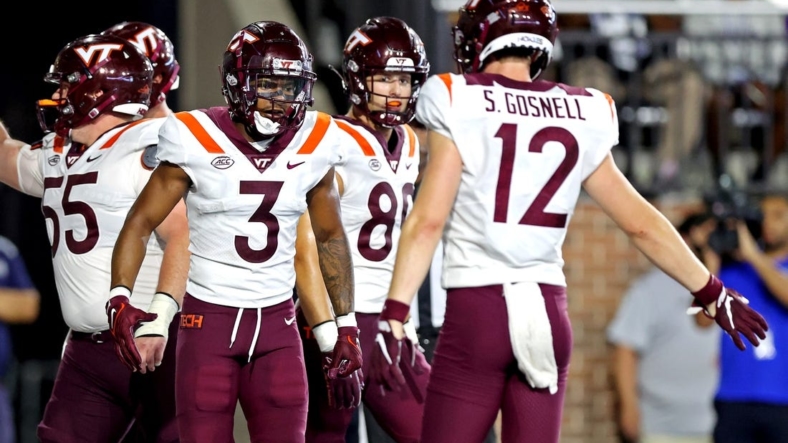 Late touchdowns downed both teams as the Hokies lost 20-17 at in-state foe Old Dominion and the Eagles slipped to Rutgers 22-21 in their home opener.

The Hokies must bounce back from allowing a last-minute touchdown and 10 unanswered points in the fourth quarter on Sept. 2. Marshall transfer Grant Wells threw and ran for a touchdown for Virginia Tech, but he was intercepted four times and Virginia Tech committed 14 penalties.

“It’s all about being 1-0 this week,” first-year Hokies head coach Brent Pry said. “The mistakes that were made (against Old Dominion), the majority of them were very correctable.”

Boston College looks to avoid its first 0-2 start since 2011 (0-3) as it heads south in a similar situation.

Despite totaling 312 yards of offense against Rutgers, the Eagles were doomed by a pair of interceptions thrown by Phil Jurkovec, a missed field goal and Rutgers’ 96-yard, fourth-quarter drive that featured 11 rushes in 12 plays.

“Even if we won that game, we didn’t play well enough to continue to win,” Boston College coach Jeff Hafley said. “We have young players (especially with three first-time starters on the offensive line) who are going to get better. … I love this team, I love coaching them and I know they’ll respond.”

The Hokies’ top playmaker, wide receiver Kaleb Smith, is day-to-day after sustaining a “minor injury” on his 39-yard catch that led to a first-quarter touchdown last week.

“He’s a tough young man. If he can go, he will,” Pry said. “He’s an impact player for us offensively.”

Boston College has defeated Virginia Tech in three of the last four seasons. Pat Garwo III had 116 yards and a touchdown on a career-high 30 carries in last year in the Eagles’ 17-3 home win. However, Garwo was limited to 25 years on 14 carries last week.

“If we’re going to beat good teams, especially on the road where it’s going to be loud, we have to run the ball,” Hafley said. “We’re counting on Pat to do that.”