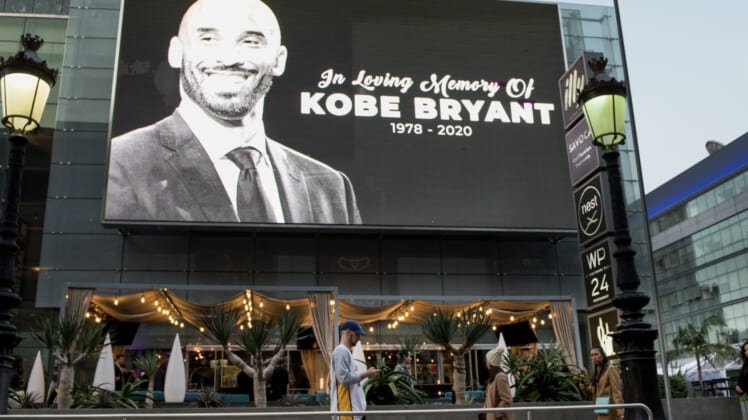 It’s one of the unintended consequences of the ongoing global pandemic. Sports leagues not being able to pay tribute to all-time great players who have already been selected for the Hall of Fame.

Led by the late-great Kobe Bryant, the 2020 Basketball Hall of Fame enshrinement ceremony is the latest to be impacted.

According to ESPN’s Jackie MacMullan, the ceremony will be pushed back from August to at some point next spring.

“We’re definitely canceling,” Jerry Colangelo, the chairman for the board of governors for the Hall, said on Wednesday. “It’s going to have to be the first quarter of next year. We’ll meet in a couple of weeks and look at the options of how and when and where.”

A year that started with the NBA world mourning the tragic passing of Mr. Bryant will not culminate in the Association being able to pay its proper respects.

Back in January, Bryant and his daughter were among those killed in a tragic Southern California helicopter accident. The sports world stopped on a dime. Those close to Bryant joined in the rest of the NBA in paying tribute to the legend and his daughter, Gianna.

It seems like eons ago. Amid the ongoing pandemic that has killed north of 100,000 Americans, the NBA will now have to wait even longer to enshrine one of the greatest players in league history.

In addition to Bryant, other big-name players in that of Tim Duncan and Kevin Garnett were slated to be enshrined this coming August. It’s one of the greatest Hall of Fame classes in modern basketball history.

It was also going to be used for others to continue paying their respects to Kobe Bryant, including these two above-mentioned players who went up against him on a continual basis during their careers.

The hope here is that this ceremony can take place with fans and players in attendance next spring. The logistics as it relates to that are still up in the air.