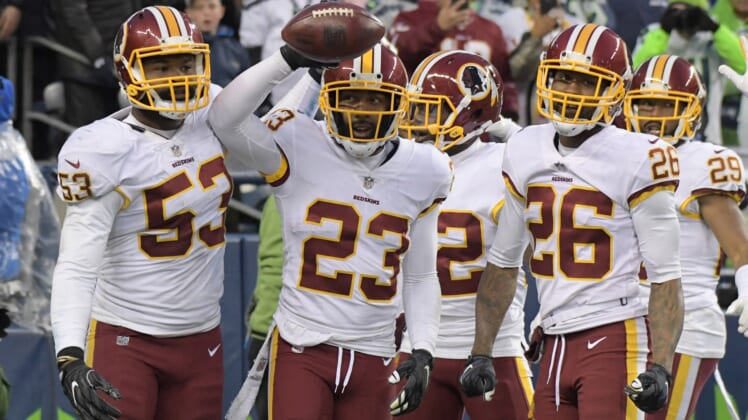 We can add yet another high-end defensive player back on to the NFL free agent market. After agreeing to a three-year, $24 million deal to sign with the Carolina Panthers, Bashaud Breeland failed his physical and will not be signing with the team.

The #Panthers announced that CB Bashaud Breeland failed his physical. He won’t be signing with Carolina… which had offered him a 3 year, $24M deal.

According to NFL Media’s Mike Garafolo, the injury is of the non-football variety and wasn’t initially expected to hold up the deal.

With Bashaud Breeland, there was a non-football incident that occured recently, a source said. It was supposedly nothing that would hold up a deal. Guess it was,

This is significant in that Carolina previously traded away starting corner Daryl Worley to the Philadelphia Eagles for Torrey Smith. With most of the top-end free agents at this position already being accounted for, the team must now enter a watered-down market for another corner.

As it relates to Breeland, he joins former Washington wide receiver Ryan Grant in failing a physical. It’s not yet known how this will impact the type of contract he receives on the open market.