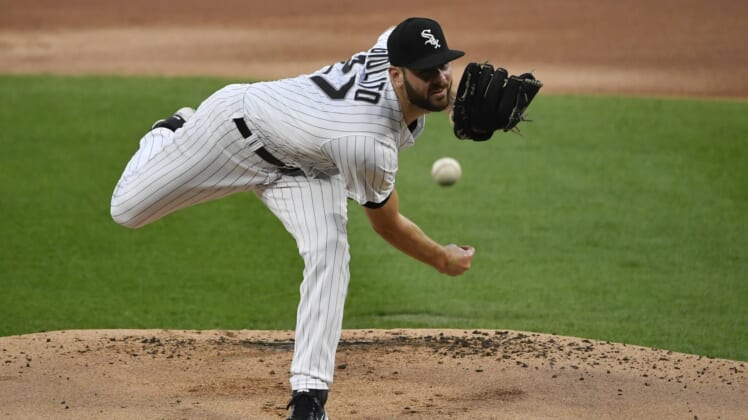 The Chicago White Sox had been on a role prior to Sunday’s loss to the cross-town rival Cubs. In fact, Chicago had won seven consecutive games to push itself in the conversation with the Minnesota Twins in the American League Central.

After an off day, Chicago was right back at it against the lowly Pittsburgh Pirates on Tuesday. Like clockwork, the Sox took out Pittsburgh by the score of 4-0.

Although, that’s not the story here. Rather, it’s all about young starter Lucas Giolito. The 26-year-old former All-Star notched the first no-hitter of the truncated 2020 season.

Giolito struck out 13 batters while walking just one, the latter of which was erased by a double play. This means Giolito faced a minimum 27 batters throughout the dominating performance.

Needless to say, the Major League Baseball world had its reactions to Tuesday’s events in the Windy City.