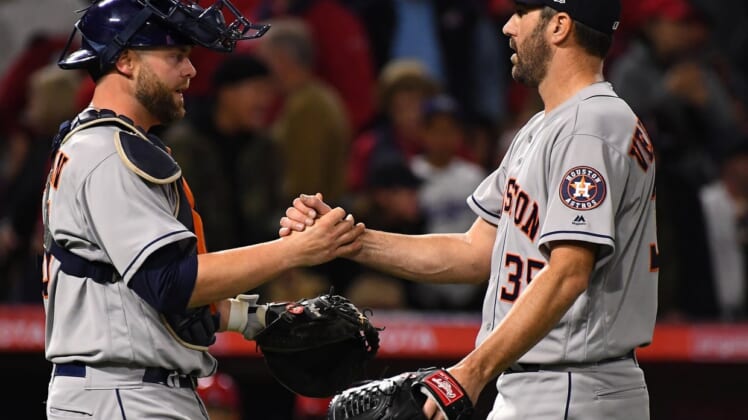 Houston Astros ace Justin Verlander is an absolute freak of nature. Even at the advanced age of 36, the future Hall of Famer continues to awe onlookers.

The Toronto Blue Jays found this out first hand Sunday afternoon. Verlander completed a no hitter on 120 pitches, striking out 14 batters and walking just one in a 2-0 Astros win.

Not only did Verlander make strikeout history in the dominating performance, he joined Nolan Ryan, Sandy Koufax, Larry Corcoran, Bob Feller and Cy Young as the only pitchers with three-plus career no-hitters.

The final out of Verlander’s dominating performance was something to behold as he etched his name into baseball lore.

It goes without saying that the baseball world had some reactions to yet another eye-opening performance from the eight-time All-Star.