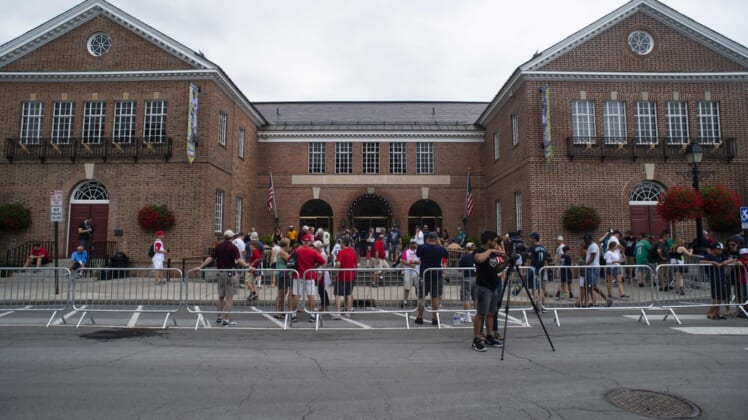 The National Baseball Hall of Fame and Museum named Josh Rawitch as its new president on Monday.

Rawitch, 44, will take over the role in Cooperstown, N.Y., from interim president Jeff Idelson on Sept. 9.

Rawitch has worked in baseball for 27 seasons, including the last decade with the Arizona Diamondbacks. He has been Arizona’s senior vice president of content and communications for the past six years.

“On behalf of our Board of Directors, I am delighted to welcome Josh as the Hall of Fame’s next President, and to welcome him and his family to Cooperstown,” chairman Jane Forbes Clark said in a news release. “Josh brings to the Hall of Fame a wealth of expertise from his many years representing the game as a respected baseball executive. We are very much looking forward to his Presidency at the National Baseball Hall of Fame and Museum.”

We are pleased to announce that Josh Rawitch has been named the next President of the National Baseball Hall of Fame and Museum. Welcome to Cooperstown, Josh! https://t.co/oITJYvXdO8 pic.twitter.com/oWDbhGm4FI

Rawitch worked in the Los Angeles Dodgers’ front office for 15 years before joining the Diamondbacks.

He becomes the eighth president in the 82-year history of the Hall of Fame.

Idelson, who was the president from 2008-19, returned as interim president on May 15 following the resignation of Tim Mead.