Sportsnaut recently had the pleasure of speaking with Hall of Fame running back Barry Sanders, who walked away from the game early at the age of 30 following the 1998 season.

Sanders, who is considered one of the greatest running backs to ever play, didn’t retire from football due to concerns over head injuries. However, he’s been working with Gridiron Greats on a new education program focusing on Pseudobulbar Affect (PBA), a little known neurological condition that can be linked to brain trauma while playing football.

Speaking on everything from Chris Borland’s retirement and the Adrian Peterson situation  to concussion issues and his career with the Lions, Sanders sat down with us for an in-depth interview.

The conversation started with Sanders explaining what PBA is:

We really are just raising awareness for PBA (Pseudobulbar Affect). It is the uncontrollable laughing and crying that doesn’t match how you feel. And it can come from head injuries and other neurological conditions like Alzheimer’s and strokes…we even see soldiers that have come home from war suffer from PBA. Roughly two million Americans do suffer from it.

There was a recent survey done by Gridiron Greats that shows an overwhelming majority have suffered head injuries…99 percent of them, in fact. And a third of them suffered PBA-like symptoms. And they really haven’t associated those symptoms with the injuries.

Sanders went on to indicate that the condition is treatable, and provided the following link for more information.

Stepping away from his involvement in raising awareness for PDA, Sanders and I discussed a multitude of different NFL-related issues.

When raised with the question about whether he ever thought about the potential of long-term injury while playing, the Hall of Famer had this to say:

Whether I was thinking about long-term injuries not really. I think most guys understand that it’s a very little part of the game—that it can happen. You see injuries happen in practice and during games…all different types of practices, freak accidents whatever. But for me, it’s not something I thought on a lot.

Sanders raised a good point about players who start with football at an early age. It’s always at the back of your mind until something happens to yourself individually.

The former Detroit Lions running back also discussed the fact that we are talking about guys in their 20’s. In that case, you are not going to get a lot of discussions about the long-term. This is an interesting point to make. It’s the idea that “this can’t happen to me.”

I then read the NFL’s statement following Chris Borland’s retirement to Sanders. Here’s the statement:

By any measure, football has never been safer and we continue to make progress with rule changes, safer tackling techniques at all levels of football, and better equipment, protocols and medical care for players. 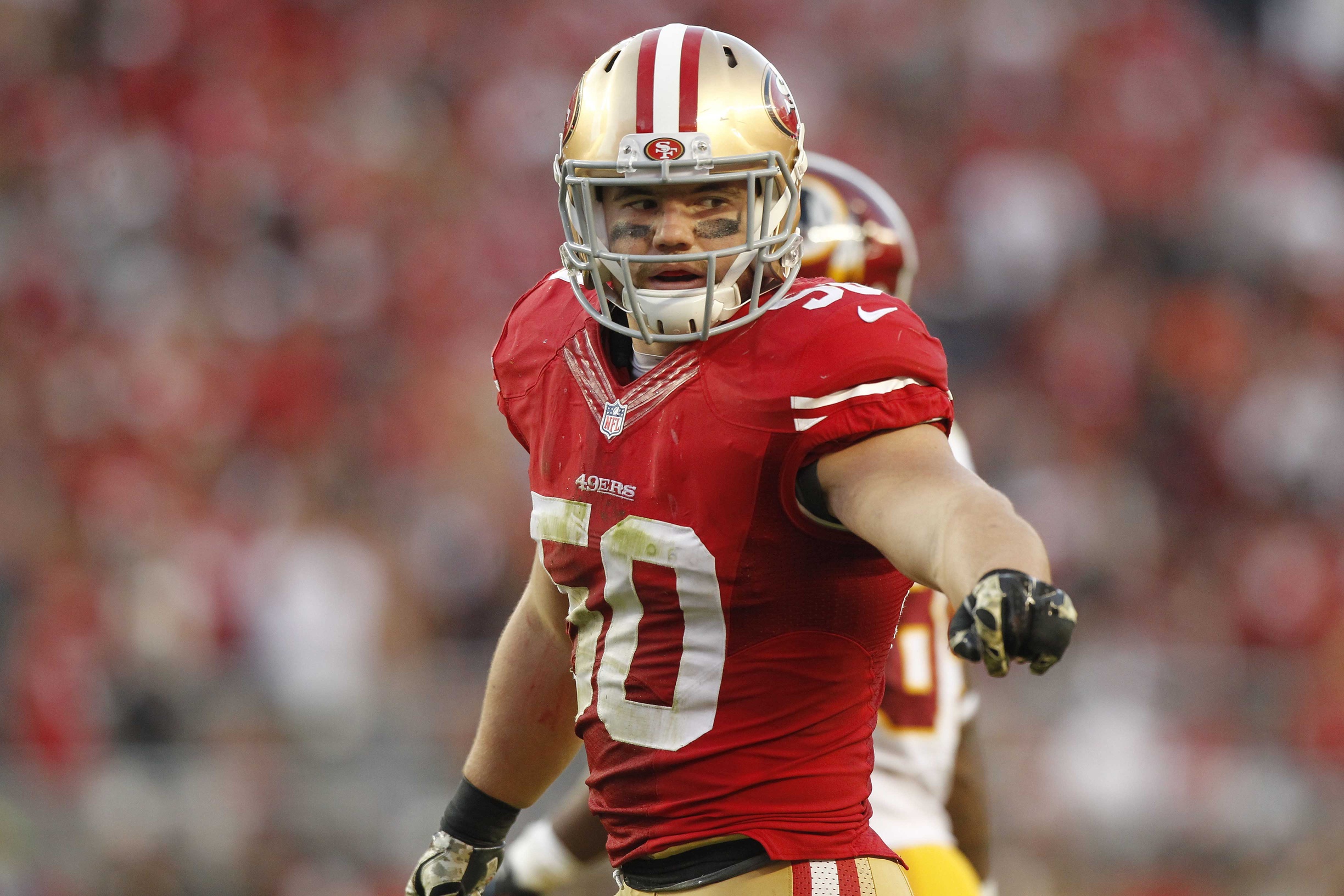 Courtesy of USA Today: On the heels of Borland’s retirement, Sanders thinks the NFL is handling the concussion issue to the best of its ability.

Realistically, I was looking to gauge Sanders’ initial response. In asking Sanders if the NFL has done enough to curb the long-term effects of head injuries, the former running back responded:

Yeah, I think so. I think they are doing all they can. I think they are certainly at the forefront of the movement. We know that it is a physical, dangerous game at every level…injuries happen at every level. We know that the NFL has changed equipment (they have) changed some of the rules, all to make the game safer. So yeah, I certainly believe they are doing all they can.

Since Borland’s retirement, I have thought long and hard about the potential that players will just simply retire following their rookie contract. Outside of the passion for football, what’s the reason for actually continuing to put yourself in harm when you already have millions in the bank?

Looking to get the perspective of someone who earned millions during his playing days, I raised this topic with Sanders.

His response was to indicate that the NFL is a revolving door for those players who are not considered stars.

Most guys are asked to leave. And there are a few guys that leave on their own terms. But when you are there (in the NFL) like I was for 10 years, you see guys coming and going. We get used to seeing certain guys every year, but around those guys there are a lot of uniform changes.

Most of the focus around football and professional sports in general is around star players. Lesser-known athletes may not have the option open to them to retire with a nice safety net in the bank. That’s the point Sanders was making here.

Sanders went on to say he’s not sure it’s the start of a trend, but that it is unique that someone would retire after his rookie season.

Sanders signed a six-year, $35.7 million contract with the Detroit Lions in 1997. That deal included an $11 million signing bonus. Within two years, the Hall of Famer had retired at the age of 30. He was coming off a 1,400-yard performance with Detroit the previous season. 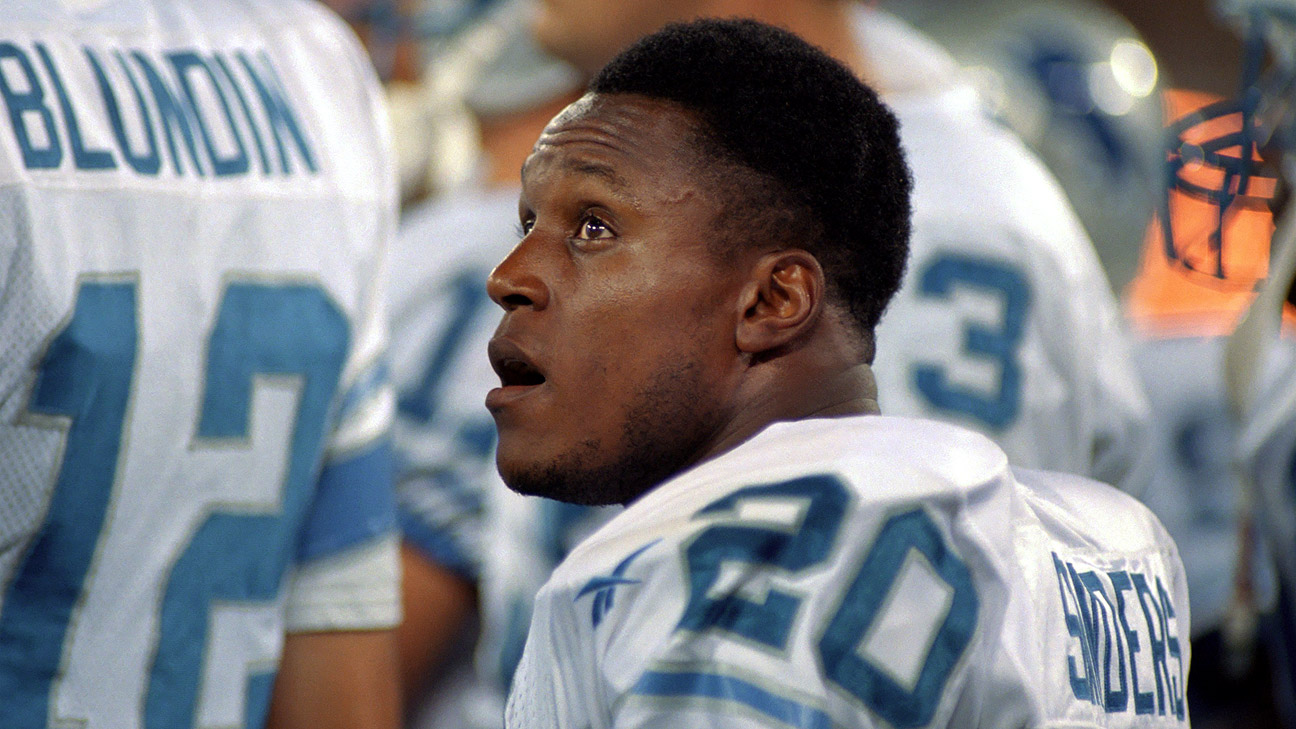 Courtesy of ESPN: As someone who had issues with his front office, Sanders has some insight regarding the Adrian Peterson situation.

There were reported issues between Sanders and the Lions at the time of his retirement. The organization attempted to sue for over $5 million of the $11 million signing bonus Sanders received, at which point the running back offered to pay back that sum of money if the team would release him. That did not happen, and Sanders remained retired.

One of the primary motivations for Sanders walking away from the game was the culture of losing in Detroit during his career. His agent at that time, David Ware, was looking to help Sanders catch on with another team.

Does this sound familiar?

It should, as Adrian Peterson seems to be going through nearly the same thing with the Minnesota Vikings. I decided to bring Peterson’s situation up with Sanders in an attempt to correlate the two issues.

I am not sure what each side’s position is outside of the obvious fact that he had to sit out because of the family issues. Each side is in a difficult position. I hope they get it resolved…we certainly want to see him back on the field. When you go through something like that, there are emotions and feelings that have gotten hurt on both sides. The team is disappointed, and the agent is disappointed. But I think eventually they will get past it and be able to resolve the issue.

Moving forward, Sanders indicated that his relationship with the Lions is great right now. He attends Lions games, and the two sides are on solid ground.

Be sure to check out the entire interview in the embedded media above. It was a great conversation with one of the best running backs to ever play the game. Also, check out the work Sanders is doing in relation to PBA. This is something that should get more press.