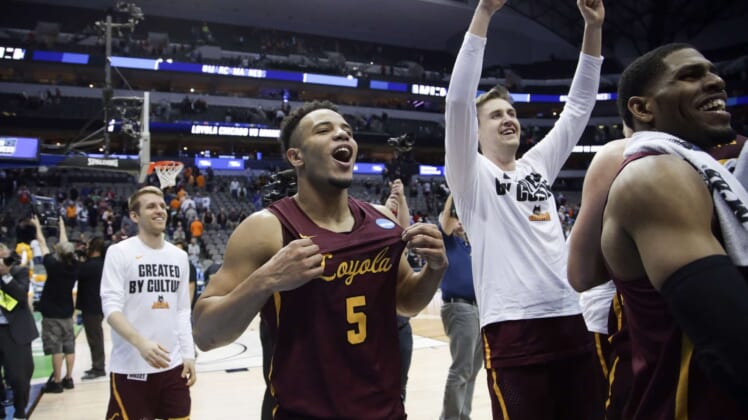 Loyola Chicago has been the buzz around the college basketball world during the unofficial first day of the NCAA Tournament. An 11th seed, the Ramblers took on Miami in their first tourney appearance in over three decades.

Down by one in the last seconds, Donte Ingram hit a long three-pointer to give Loyola an upset win against the sixth-seeded Hurricanes as time expired.

Loyola Chicago with the SHOT OF THE DAY. #MarchMadness

Keeping with what he did throughout his eight years in office, President Barack Obama filled out a bracket for this year’s tournament. And as a way to gloat as well as congratulate the Ramblers, he took to Twitter to make sure everyone knew this.

Congrats to @LoyolaChicago and Sister Jean for a last-second upset – I had faith in my pick!

The addition of 98-year-old team chaplain, Sister Jean Dolores-Schmidt, was very much a nice touch here. She, too, became the talk of the tournament world while cheering on the Ramblers Thursday in Dallas.

Sister Jean is so much more to Loyola than a fan. pic.twitter.com/9vetN6Czzh

To Mr. Obama, we say job well done. But it doesn’t beat what we saw from Loyola Chicago on Thursday.