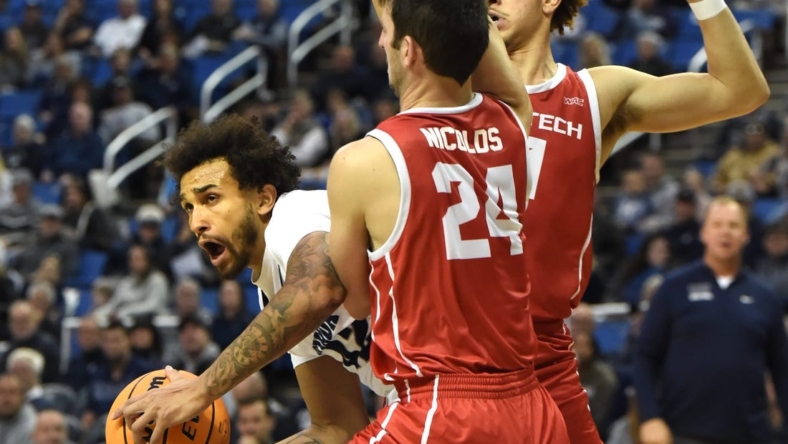 Two games into the season, and Washington is already battling injuries.

The Huskies (2-0), who will play host to Utah Tech (1-1) on Monday night in Seattle, were missing two starters — transfers Keion Brooks Jr. (Kentucky) and Noah Williams (Washington State) — in a 75-67 victory against North Florida on Friday.

“We’ve had great freshmen over the years … but he’s special,” said UW senior Jamal Bey, who had 14 points and seven rebounds. “He knows how to put the ball in the rim. I said it (during the game). I told him: ‘You just like putting the ball in the rim, huh? It’s that easy for you.’ He’s pretty hard to guard. He helps us a lot.”

Franck Kepnang, a transfer from Oregon, added 16 points and 10 rebounds for the Huskies. Cole Bajema had seven points and 11 boards.

Williams suffered a leg injury in a season-opening victory against Weber State and will likely miss several weeks, UW coach Mike Hopkins said. Brooks (leg), who was hurt in practice, is expected back much sooner.

Utah Tech, which was rebranded from Dixie State this past summer, evened its record with a 69-63 victory against visiting Cal State-Northridge on Saturday night in St. George, Utah.

Cameron Gooden had 17 points, eight rebounds and five assists for the Trailblazers, who are in their second season in NCAA Division I. Frank Staine added 10 points and six rebounds.

Utah Tech’s four-game trip also includes a visit to No. 17 Arizona on Thursday.

“We’ve got nothing to lose. We want to come out there and show we belong at Division I and we are not just another Division I team,” Gooden told the St. George News. “We are a Division I team that wants to compete and be in every game as possible.”