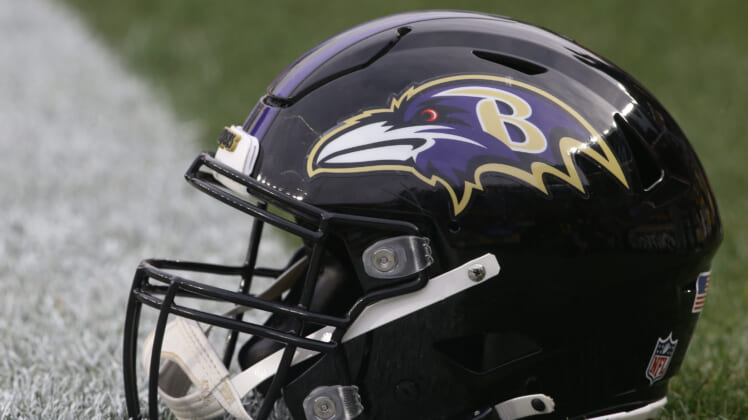 Baltimore Ravens general manager Eric DeCosta left many surprised when he traded starting wide receiver Marquise Brown to the Arizona Cardinals on the first night of the 2022 NFL Draft. While some would suggest the Cards gave up too much for the fourth-year pro, the point is, the Ravens no longer have him on the team and failed to replace his production elsewhere.

Because of the lack of proven pass-catchers on the Ravens’ depth chart, they may still add to the position, whether through free agency or trade. Josina Anderson echoes this sentiment, noting the Ravens are doing their “due diligence” digging around the league in search of a receiver.

Here are four ideal wide receiver acquisitions who can help replace Brown as an immediate starter in the Baltimore Ravens’ offense.

Adding some juice to the lineup with Jarvis Landry

If the Ravens are looking for a player who takes no issue with being asked to block often in a run-heavy offensive approach, look no further than Jarvis Landry. While he’s taken a backseat in the Cleveland offense for the past few seasons, Landry is still a five-time Pro Bowl receiver, so it’s not like he’s not highly accomplished. Yet, due to receiving far fewer targets than normal, Juice’s numbers have slipped the past two seasons.

Still just 29, Landry may not return to the 1,000-yard receiver he once was, but he may be one of the best No. 2 WR options available, and as a free agent, the Ravens would be wise to look into his market.

Easily the most accomplished wide receiver still available in free agency, Julio Jones has yet to receive much interest since the Tennessee Titans released him in March. Like Landry, his better days are behind him at the age of 32, but when healthy, Jones can still take over a game. Not to mention, his large frame works wonders as a blocker.

While Jones has only played 19 games the past two seasons, the potential upside the seven-time Pro Bowl receiver offers may be worth the gamble for a team looking to add weapons for Lamar Jackson. If Jones is willing to play in the Baltimore offense, the Ravens should be on the phone with his agent ASAP.

The 2022 NFL Draft came and went and the Seattle Seahawks didn’t do anything to improve their quarterback situation. Is the 29-year-old Tyler Lockett content with catching passes from Drew Lock or Geno Smith in what could be a disastrous season? Who is the future at quarterback in Seattle?

Instead, the Pro Bowl receiver may prefer to take his three consecutive years racking up over 1,000 receiving yards elsewhere, at least in a place where he can compete for what could be the first Super Bowl ring of his seven-year career. The Ravens might be able to offer him that chance, although it might cost some of his production numbers in the end. Is Lockett willing to take that chance?

The final and biggest prize of them all, is trading for Michael Thomas from the New Orleans Saints. Is he available? Probably not, but it’s possible the Saints are more willing to hear out trade offers now that they’ve secured their future at the position by selecting Chris Olave with the 11th pick in the 2022 NFL Draft.

Trading for Thomas likely wouldn’t be easy, yet his value isn’t at an all-time high either after missing all of last season and playing in just seven games since the start of the 2020 season.

Still, the year before his injuries started, Thomas broke records, hauling in more catches than any other player in NFL history. That likely won’t ever happen again should he become a Raven, but Thomas’s top-notch ability as a possession receiver might be exactly what Jackson needs to take the next step.