Baltimore drafted Wade in the fifth round in 2021 out of Ohio State, where was a first team All-Big Ten selection last season. 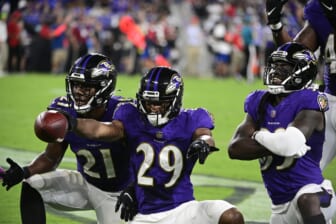 The report did not indicate what the Ravens would receive in exchange.