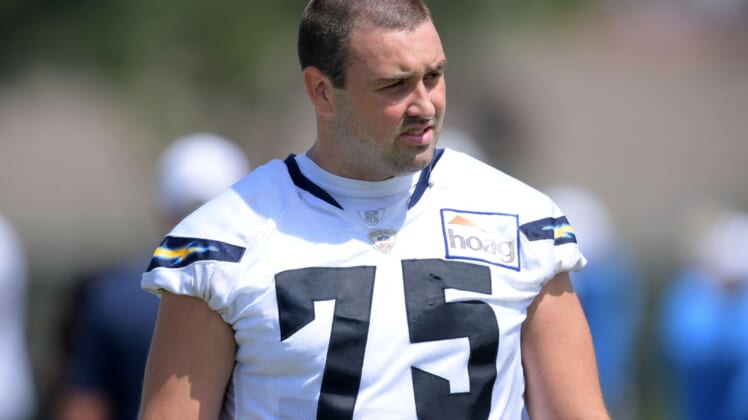 The 30-year-old has started 69 career games with three teams, including Super Bowl 50 as the right tackle for the champion Denver Broncos.

He started every game at right guard for the Chargers in 2018 and 2019 and has played left tackle.

Baltimore traded right tackle Orlando Brown, who jumped to the left side when starter Ronnie Stanley was injured last season, but has added reinforcements at almost every position on the line.