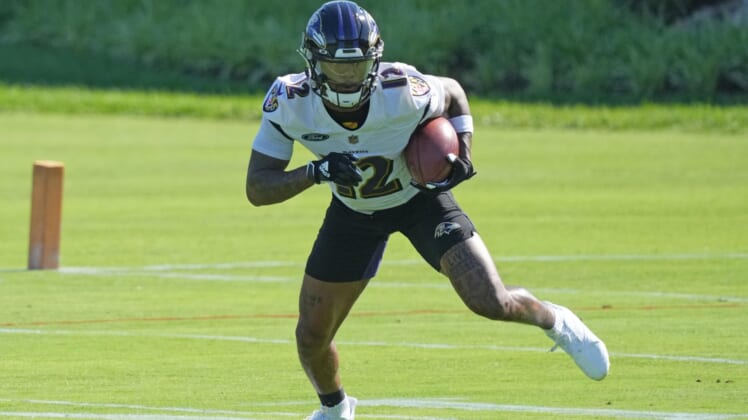 Baltimore head coach John Harbaugh is not available to the media on Tuesdays but multiple reports indicate Bateman suffered a soft tissue injury and would undergo further tests.

Bateman went to the ground making a cut with cornerback Marcus Peters defending.

The first-round pick is projected to be one of the team’s top three receivers in 2021 with newcomer Sammy Watkins and Brown. But Brown has been out for two weeks with a hamstring strain.