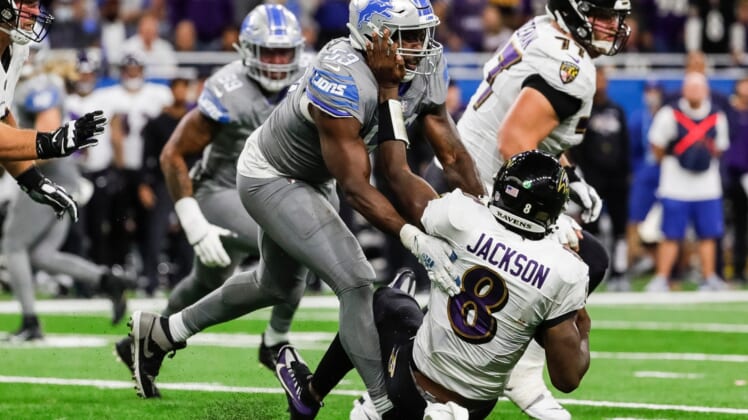 Jackson, 24, missed the past two days of practice with what Ravens offensive coordinator Greg Roman called “a little back flare-up.”

“I don’t think it’s anything serious,” Roman said. “But we’re just going to have to kind of wait and see. I think he’s going to be in good shape. We’ll wait and see.”

The 2019 NFL MVP played the entire game in the Ravens’ dramatic victory over the Detroit Lions last Sunday. He also missed practice time last week with what was called a stomach bug.

Tyler Huntley, the undrafted backup out of Utah, has taken first-team snaps in Jackson’s absence this week. In his second season, Huntley has only five regular-season passing attempts — completing three of them for 15 yards.

In three games this season for the Ravens (2-1), Jackson has completed 53-of-87 passes for 761 yards with three touchdowns and three interceptions. He also has run for 251 yards and two touchdowns.