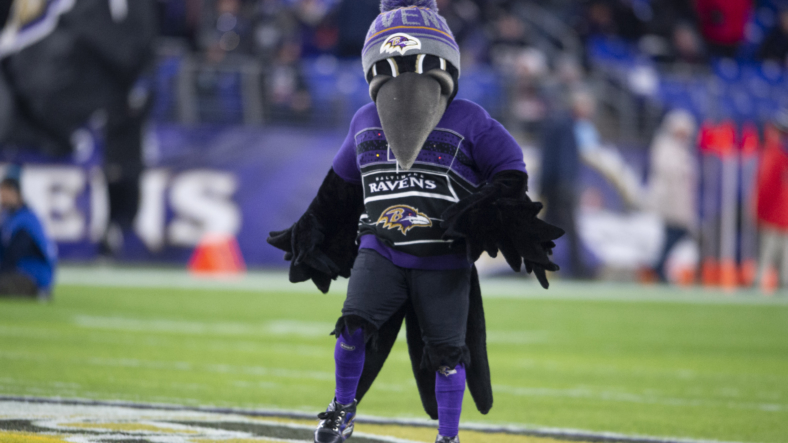 Apparently, this injury luck has extended to beyond the locker room. During halftime of Saturday night’s preseason finale against the Washington Commanders, Baltimore’s mascot took part a youth football game with some locals. In what was a surprisingly violent game between mascots and the children, Poe went down with a knee injury and had to be carted off. We’re serious. This isn’t a joke.

A torn ACL? You have to be kidding!

Baltimore Ravens head coach John Harbaugh could actually be seen on the field checking in on Poe after the mascot was on the turf for a good five minutes. Those on hand inside M&T Bank Stadium actually thought the mascot was joking around initially.

Here’s the sequence that led to Poe getting injured.

Next man up also took on a new meaning as a replacement for Poe could be seen entering the field midway through the third quarter of Baltimore’s 17-15 win over Washington.

Interesting tidbit here, too. Poe was originally unveiled as the Ravens’ mascot with his “brothers,” Edgar and Allan to pay homage to poet Edgar Allan Poe — a Baltimore native who wrote the poem “The Raven.”

You’re welcome for that rather useless information.