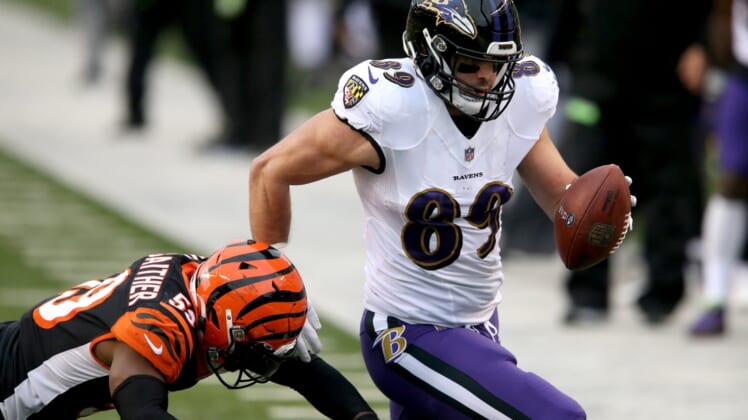 According to multiple reports, Andrews’ extension is worth $56 million. Spotrac.com reported Andrews would receive $37.6 million in guaranteed money.

Andrews was slated to become a free agent following this season. He is in the final season of a four-year, $3.45 million deal signed after a being a third-round draft pick in 2018.

The deal was announced on Andrews’ 26th birthday.

“Mark is exactly the type of player we wish to keep as a Raven long-term,” Baltimore general manager Eric DeCosta said in a statement. “He’s competitive, passionate, talented and a leader. We are so excited to have him in Baltimore for the next five years.”

Andrews caught a total of 17 touchdowns passes over the past two seasons and 20 overall in 45 career games. He has 156 receptions for 2,105 yards.

Last season, Andrews caught 58 passes for 701 yards and seven touchdowns in 14 games. In 2019, he made the Pro Bowl after establishing career bests of 64 catches for 852 yards and 10 scoring passes in 15 contests.