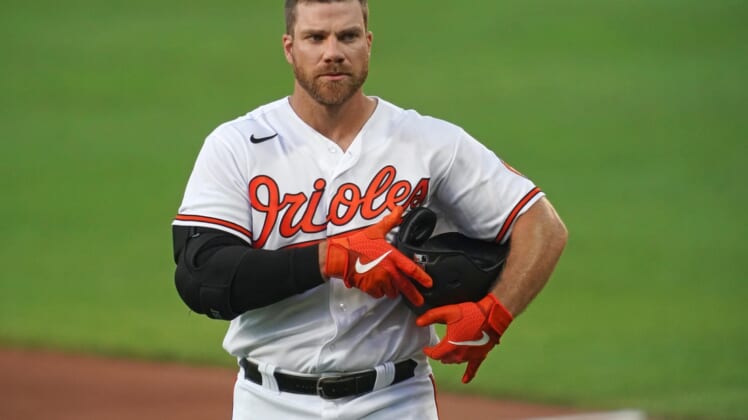 Baltimore Orioles first baseman Chris Davis is out for the season after undergoing arthroscopic surgery on his left hip Wednesday.

Davis, 35, has not played a game this season. He began the 2021 campaign on the 60-day injured list after hurting his back in the first spring training game he played after two at-bats. Davis hit just .115 with no home runs in 16 games in 2020 as he fought through a knee injury most of the season.

Davis is expected to be ready for spring training after a four- to five-month recovery period, Elias said. The 2022 season will be the last of the seven-year, $161 million contract Davis signed ahead of the 2016 season.