Mancini, who missed the entire 2020 season due to a battle with Stage 3 colon cancer, is having a solid comeback season with 14 homers and 52 RBIs through 75 games. He is batting .256.

The 29-year-old Mancini is the third player known to be part of the Home Run Derby, which will take place July 12 at Coors Field in Denver, one day prior to the All-Star Game. Shohei Ohtani of the Los Angeles Angels and 2019 Derby champion Pete Alonso of the New York Mets have committed to participating. 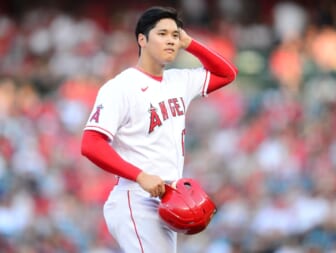 Mancini hit a career-best 35 homers in 2019 prior to learning of the cancer diagnosis after an iron deficiency was detected in his 2020 spring training physical. Follow-up tests displayed he had colon cancer.

Mancini has smacked exactly 100 homers in 537 games since reaching the majors with the Orioles in 2016. The first baseman/designated hitter is considered the favorite to win American League Comeback Player of the Year honors.