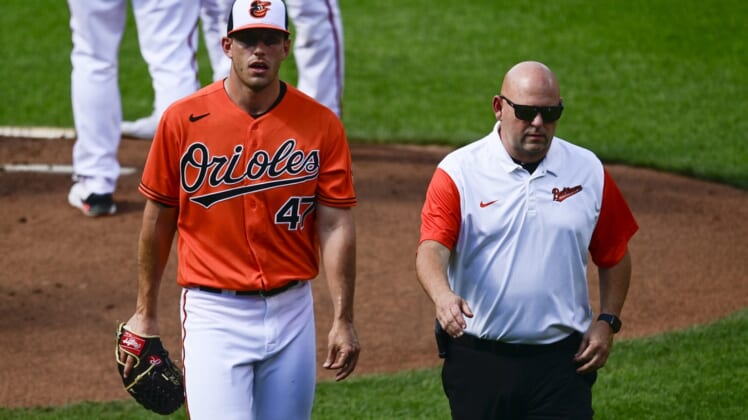 Baltimore Orioles left-hander John Means was removed from his start in the first inning Saturday against the Cleveland Indians and diagnosed with left shoulder fatigue.

Means gave up a pair of solo home runs in the inning, while recording two outs. After a single by Eddie Rosario, the fifth Indians batter of the game, pitching coach Chris Holt, manager Brandon Hyde and the team trainer went to the mound. Means left with the trainer and was replaced by right-hander Adam Plutko.

Means, who has not pitched fewer than 4 2/3 innings in any of his starts, left after 29 pitches. He threw a no-hitter on May 5 on the road against the Seattle Mariners, but the Orioles were 0-4 over his next four starts despite his 3.33 ERA in that stretch.