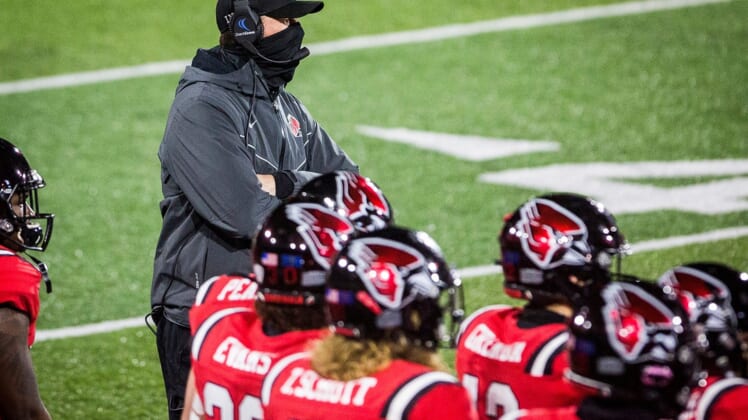 Ball State and football coach Mike Neu have agreed to a new contract to keep him on the sideline through the 2025 season, Yahoo Sports reported Thursday.

Contract terms were not revealed, but the report said Neu, 50, will receive a pay increase “raised through outside sources.”

Neu played quarterback for Ball State and was named Mid-American Conference Offensive Player of the Year in 1993. He was hired to coach his alma mater in January 2016.

The Cardinals were 7-1 in 2020, and their .875 winning percentage was their best since 1978. Their season culminated with a 34-13 win over San Jose State in the Arizona Bowl — the first bowl win in program history.

Under Neu, the Cardinals are 22-34. He began his coaching career in 1998 and has experience in the college, NFL and arena football ranks.