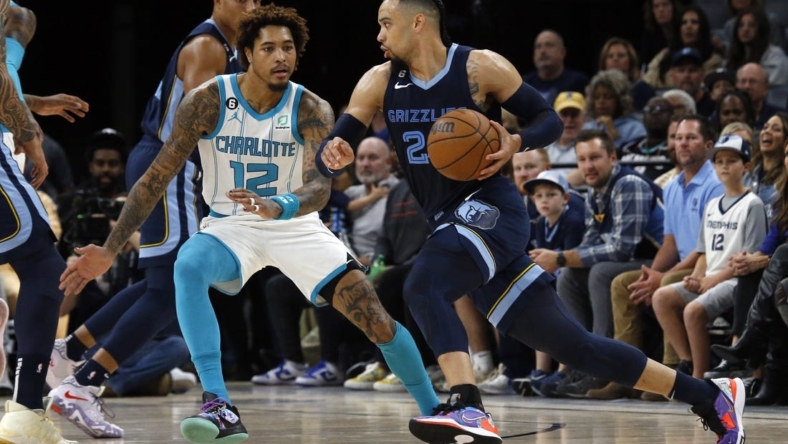 Behind a red-hot shooting night from Dillon Brooks and a record-setting performance from Steven Adams, Memphis Grizzlies rolled to a 130-99 home win over the Charlotte Hornets on Friday.

Brooks tied a career-high with six 3-pointers, finishing with a game-high 23 points to go along with four rebounds and four assists.

Adams had a double-double in the first half and collected 13 points, 19 rebounds and four assists. His 16 boards through the game’s first two quarters set a new Grizzlies’ franchise record and his career high for rebounds in a half. The entire Hornets team had just 17 boards at the break.

Ja Morant had 12 points and 11 assists for his first double-double of the season. Desmond Bane continued his outstanding play with 19 points, six rebounds and two assists.

The Grizzlies had eight double-digit scorers.

Morant had six assists in the opening frame. Brooks was 5 of 5 from the field, including 4 of 4 from 3-point range, and scored 14 points. Adams tallied six points, four assists and nine rebounds.

A Morant finger-roll layup at the conclusion of the second put Memphis up 71-47.

Charlotte has been playing short-handed in the backcourt with LaMelo Ball (left ankle sprain) and Terry Rozier (right ankle sprain) out until at least Saturday.

But the Hornets’ starting lineup took another hit when it was announced that Gordon Hayward was unavailable due to a left shoulder injury.

Kelly Oubre Jr. led the Hornets with 17 points, while P.J. Washington added 10 points and four rebounds and James Bouknight had a season-high 14 points.

Jaren Jackson (foot), Danny Green (knee) and Ziaire Williams (knee) did not play for the Grizzlies.