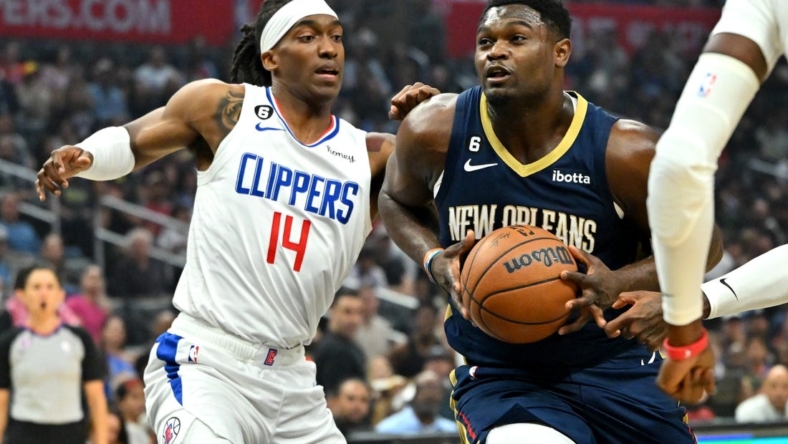 Williamson, returning from a two-game absence due to a hip contusion, fell three assists short of his first career triple-double.

The Pelicans trailed by seven after scoring just 18 points in the first quarter, but they pulled even at halftime and held the Clippers, who lost their fourth straight, to 15 points in the third quarter and 24 points in the fourth.

Williamson had two baskets and McCollum made two 3-pointers as the Pelicans started the third quarter with a 10-2 run and took a 62-54 lead.

Reggie Jackson scored the next seven points and Los Angeles twice got within one point.

Williamson scored New Orleans’ last five points as it extended its lead to 78-67 at the end of the third quarter.

Devonte’ Graham started the fourth-quarter scoring with a 3-pointer off a Williamson assist. Williamson added a basket and Marshall made a 3-pointer to give the Pelicans an 86-67 lead. New Orleans went on to lead by as many as 24.

The Clippers took a 10-9 lead and the Pelicans went nearly four minutes without making a field goal.

Los Angeles opened an eight-point lead three times and held a 25-18 edge at the end of the first quarter.

The Clippers extended the lead to 36-25 on a Powell jumper before the New Orleans offense picked up.

Murphy, Marshall and McCollum each made a 3-pointer as the Pelicans edged in front briefly before the half ended tied at 52.