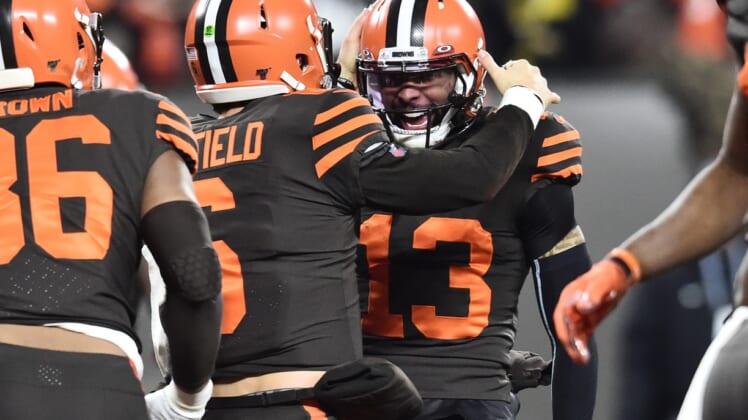 Cleveland Browns quarterback Baker Mayfield has shown a willingness to criticize teammates this year. Now, he’s directed his criticism toward the team’s medical staff for its handling of Odell Beckham Jr’s injury.

Speaking to reporters after Sunday’s win, Mayfield called out the Browns’ training staff for not handling Beckham Jr’s sports hernia injury more seriously and having him undergo surgery during training camp.

It’s hard to blame Mayfield for the frustration. As NFL Network’s Ian Rapoport reported on Sunday morning, OBJ has played through a painful sports hernia injury since training camp.

Perhaps, if the Browns’ medical staff handled his situation differently and pushed him towards surgery, he would have only missed a few games early this season and been healthy for the rest of the year.

Instead, the star receiver hasn’t looked like himself the entire season. Coming off his second consecutive game with fewer than 40 receiving yards and reportedly now wanting out of Cleveland, the Browns are now living in the worst-case scenario.