Joe Hart’s Torino lost to Atlanta away from home 2-1 in the Italian top flight.

Torino took the lead through a spectacular Falque free kick early in the second half.

Hart, who was mostly a spectator in the first half, failed to deal with a corner early in the second. His outstretched hand couldn’t push the ball far enough away and it resulted in an open goal finish by Masiello to make it 1-1.

It would be easy to consider Joe Hart’s debut a disaster but he did make seven saves including a very impressive double save.

What wasn’t impressive was that Torino got Hart’s name wrong, with his listed name John Hart. 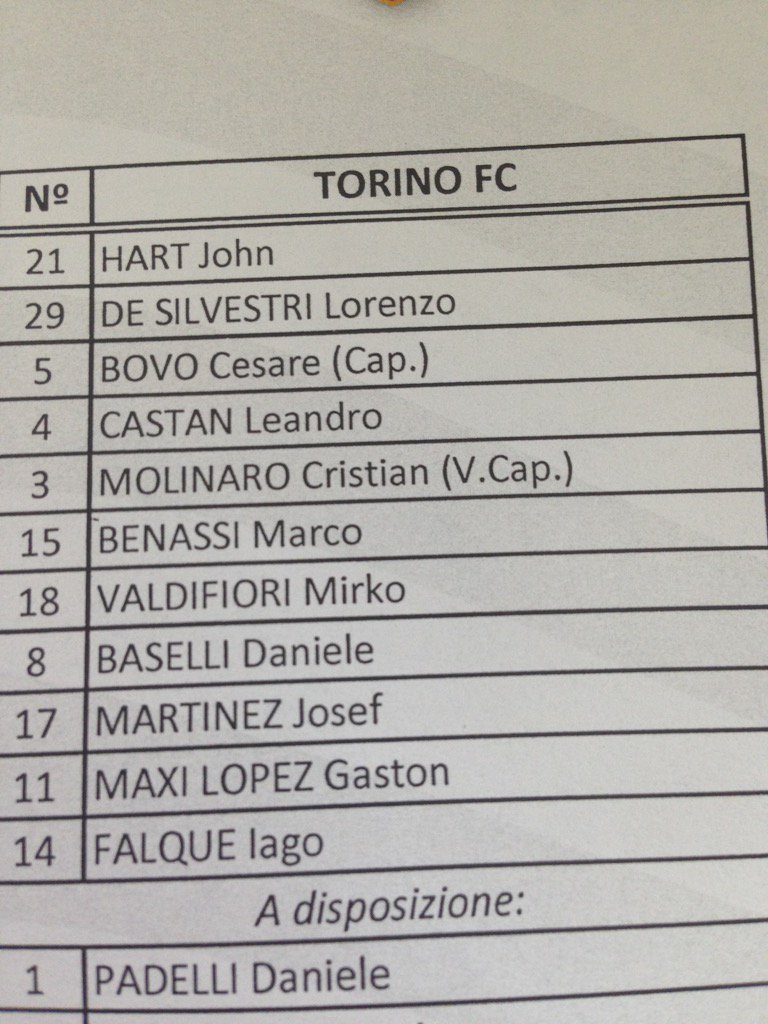