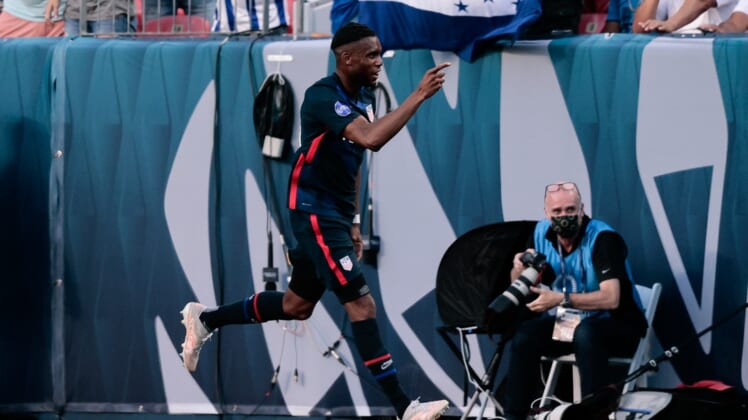 Backup goalkeeper Ethan Horvath made a penalty save in the fourth minute of stoppage time in extra time to give the U.S. men’s national team a dramatic 3-2 win over Mexico in the final of the first CONCACAF Nations League in Denver on Sunday.

Horvath replaced Zack Steffen, who sustained a non-contact injury in the 69th minute.

The score was 2-2 after 90 minutes when Christian Pulisic’s penalty kick put the USMNT ahead 3-2 in the 24th minute of the 30-minute extra after a video review ruled that he was fouled by Carlos Salcedo.

Pulisic scored into the upper right corner for what appeared was the winner but in stoppage time Mark McKenzie was deemed to have committed a handball after a video review.

Horvath then dove to his right to deny Andrés Guardado in the 124th minute in a penalty, also awarded through video review.

Jesús Corona gave Mexico the lead in the first minute before Giovanni Reyna tied it 1-1 in the 27th.

Corona gave Mexico a dream start by taking advantage of a sloppy clearance by McKenzie under pressure. Corona beat Steffen to the near post on the left side for Mexico’s second fastest goal against the Americans since 1990. Carlos Hermosillo scored in the first minute in 1997.

Mexico had a second goal taken off the board in the 24th minute when Hector Moreno’s header was ruled offside after video review.

Given a reprieve, the U.S struck for the equalizer. Pulisic’s corner kick was headed off the left post by Weston McKennie and Reyna was alone for the left-footed rebound shot.

Diego Lainez entered in the 78th minute and less than 60 seconds later put Mexico ahead 2-1 but McKennie responded with a header off a corner kick by Reyna to make it 2-2 in the 82nd minute.

Horvath made a stretching right-handed save in the 90th minute on a 25-yard strike by Hirving Lozano.

The USMNT plays a friendly against Costa Rica in Sandy, Utah, on Wednesday.