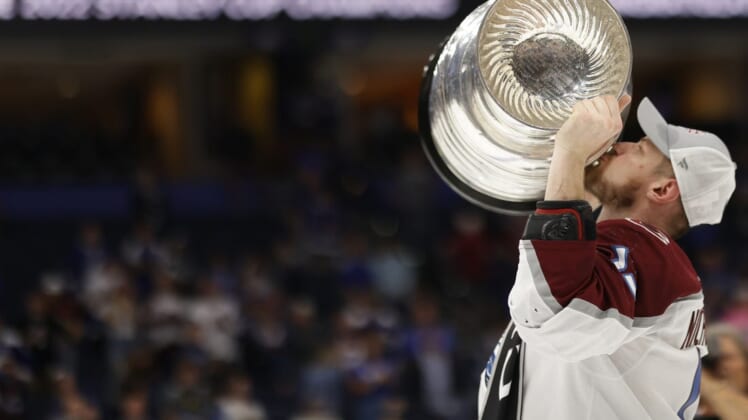 “Signing Val to a long-term deal was a top priority for us this offseason, as he would have been one of the most sought-after forwards on the open market,” Avalanche president of hockey operations Joe Sakic said in a news release.

“Val is a big, strong, fast, tenacious winger who is relentless on the puck. He can play on the first line with our top guys, you can move him up and down the lineup. He plays power play, penalty kill, any situation you need him to. He works hard off the ice as well in the gym and is a humble person and great teammate. He is such an important player in our lineup and a huge reason why we won the Stanley Cup.”