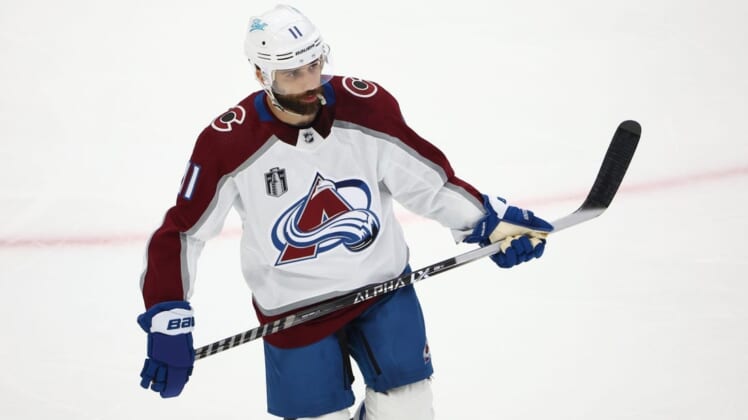 Terms of the deal announced Tuesday were not disclosed, but multiple reports said it was for $1.25 million.

Cogliano, 35, joined the Avalanche at the trade deadline this season. He recorded one assist in 18 games with Colorado during the regular season and added six points (three goals, three assists) in 16 playoff games.

Two of his goals in the Stanley Cup Playoffs were game-winners.

“Andrew was such a big part of our Stanley Cup championship with his leadership and veteran presence,” general manager Joe Sakic said in a news release. “He battled back from various injuries throughout the playoffs and played key minutes for us when we needed it the most. He’s a great teammate who works hard on and off the ice and sets a great example for the rest of the group. We’re excited to have him back for another season.”

Colorado acquired him from San Jose on March 21 in exchange for a fifth-round pick in 2024.