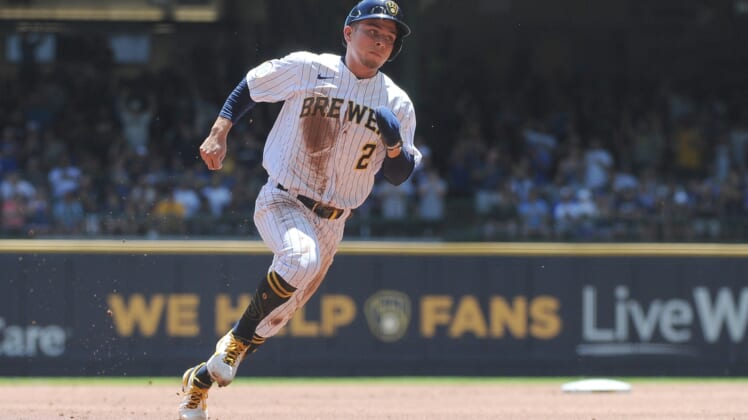 Avisail Garcia’s two-run homer in the sixth inning Sunday put the Milwaukee Brewers ahead for good as they topped the visiting Pittsburgh Pirates 5-2 to complete a three-game series sweep.

Luis Urias added an RBI triple and Daniel Vogelbach an RBI double for the Brewers, who have won nine of 10.

Brent Suter (8-3) got the final out in the sixth, and Josh Hader pitched the ninth for his 17th save, including one in each game of the series.

Jacob Stallings homered for the Pirates, who have lost seven straight.

Pittsburgh starter Wil Crowe pitched into the sixth, allowing two runs and two hits. He had one walk and a career-best eight strikeouts.

David Bednar (0-1) gave up two runs in his only inning, the sixth.

Pat Murphy served as acting manager for the Brewers, as Craig Counsell was excused to attend a family function.

Milwaukee took a 1-0 lead in the first. Urias led off with a base hit. Vogelbach doubled him home.

The Pirates answered in the second. Colin Moran opened with a single. An out later, he went to second on Gregory Polanco’s single, to third on Ben Gamel’s single and scored on Kevin Newman’s fielder’s choice.

While running to third, Moran slowed and grabbed at his lower back. He left the game after he scored with what the Pirates termed back tightness.

Stallings gave Pittsburgh a 2-1 lead with a two-out homer to center, his fifth, in the sixth inning.

Crowe retired 15 in a row after Vogelbach’s double before, in the bottom of the sixth, he issued a 10-pitch walk to leadoff batter Tim Lopes.

The Pirates pulled Crowe for Bednar, who gave up Urias’ triple to tie it 2-2 and, an out later, Garcia’s two-run homer to right, his 13th, to give Milwaukee a 4-2 lead.

In the seventh, Manny Pina doubled, went to third on Jackie Bradley Jr.’s groundout and scored on Christian Yelich’s sacrifice fly to make it 5-2.