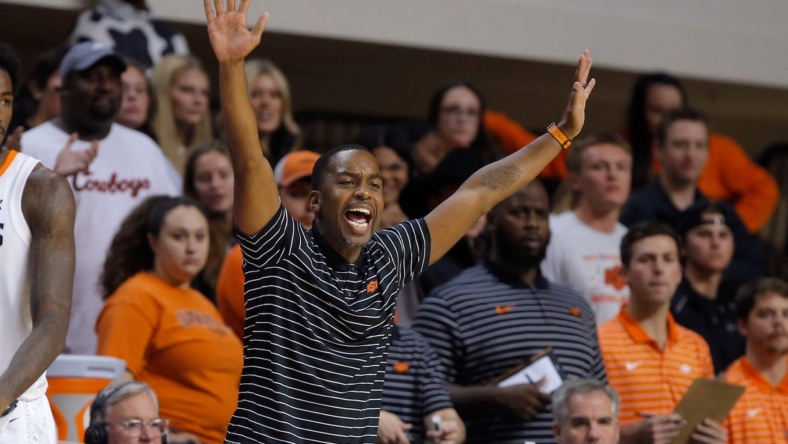 Avery Anderson III recorded 18 points and seven assists to lead visiting Oklahoma State to a 91-62 win over Oakland on Sunday in Rochester, Mich.

Oklahoma State (2-1) bounced back after a loss to Southern Illinois and avoided falling to the Golden Grizzlies for the second consecutive season.

Keaton Hervey had 15 points and Lorne Bowman II added 14 off the bench for Oakland (1-2), which has dropped back-to-back games.

Oklahoma State used a series of big runs to seize control, beginning with a 17-2 run early that put it up 17-6 in the early going. Kalib Boone scored seven points of his nine points in that initial outburst.

It was on the other end of the floor, though, where the Cowboys really came through in a big way.

Oakland hit just one of its 12 shots during the run.

The Golden Grizzles cut the deficit to just six late in the first half before Oklahoma State reeled off an 11-2 run over the last three minutes to take a 42-27 lead into the break. Wright scored five points in the stretch.

Against a zone that gave the Cowboys fits a year ago, Oklahoma State succeeded offensively early with ball movement. Twelve of the Cowboys’ 18 field goals in the first half were assisted and they finished with 24 helpers.

Oakland was just 1 of 13 on 3-pointers in the first half and finished 4 of 22 from beyond the arc.

Moussa Cisse led one more big run, this time putting the game away for good.

Cisse’s dunks bookended a 13-0 run that stretched nearly four minutes, with a fast-break dunk in the middle for good measure.