Avalanche’s Nathan MacKinnon to sit out vs. Flames 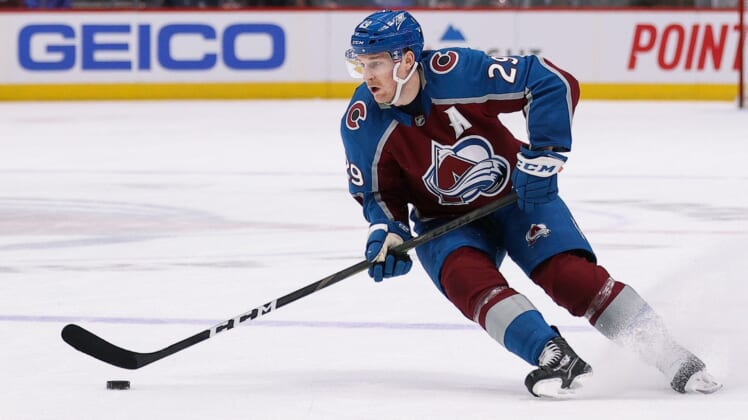 Colorado Avalanche star forward Nathan MacKinnon has been ruled out of Tuesday’s game against the host Calgary Flames because of an upper-body injury.

MacKinnon logged nearly 20 minutes of ice time in the Avalanche’s 3-2 overtime loss to the Minnesota Wild on Sunday. The Denver Post reported MacKinnon may have sustained a hand injury in his fight with Wild defenseman Matt Dumba during the third period.

Avalanche coach Jared Bednar told The Denver Post on Tuesday that the team’s worry about the injury was “high.”