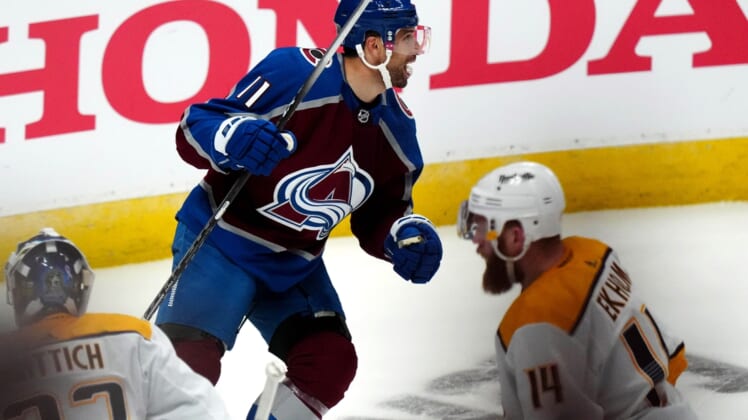 Colorado Avalanche forward Andrew Cogliano left Game 1 of their first-round playoff series with an upper-body injury in the second period and will not return.

Cogliano, who scored one of the Avalanche’s five goals against the visiting Nashville Predators in the first period, sustained the injury in the second period and was ruled out for the third period.

His short-handed goal with 11:30 left in the first period extended Colorado’s lead to 3-0. It was his first goal with the Avalanche since he was acquired from San Jose at the trade deadline. He scored four goals in 74 games in the regular season.