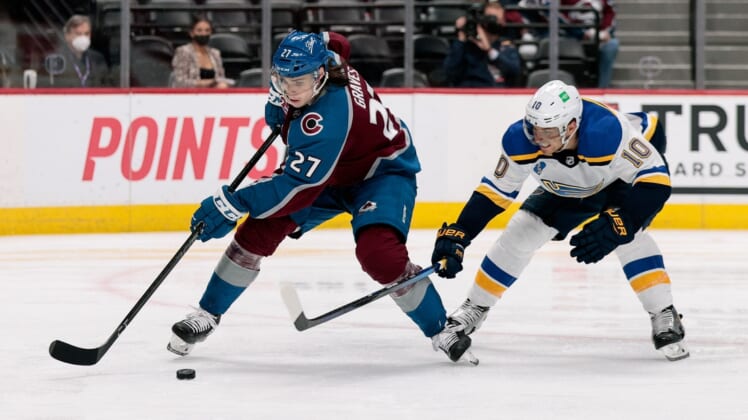 The New Jersey Devils acquired defenseman Ryan Graves from the Colorado Avalanche on Thursday in exchange for forward Mikhail Maltsev and their second-round pick in this month’s NHL draft.

Graves averaged a career-high 19:03 of time on ice for the Avalanche in 2020-21, scoring two goals and adding 13 assists over 54 games. In 149 games over three seasons, Graves has recorded 14 goals and 32 helpers for one of the Western Conference’s best teams.

Colorado had a glut of left-shot defensemen, so amid a flat salary cap situation across the NHL and just ahead of next week’s Seattle Kraken expansion draft, the team moved Graves for a less expensive player. The Avalanche also recouped a pick after dealing their original second-rounder to the New York Islanders for Devon Toews last October.

Maltsev, a 23-year-old winger, saw 33 games during his rookie season and posted six goals and three assists for New Jersey.