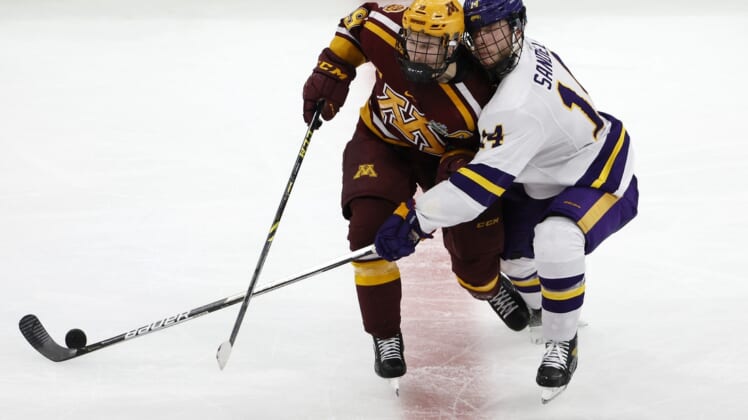 The Colorado Avalanche signed forward Ben Meyers on Wednesday to a two-year contract through the 2022-23 season.

Financial terms were not disclosed by the team for Meyers, who finished as a finalist for the 2022 Hobey Baker Award. The honor is given annually to the best player in men’s Division I hockey,

Meyers was named the Big Ten Player of the Year after recording team-leading totals in both goals (17) and points (41) in 34 games this past season at the University of Minnesota.

Meyers, 23, represented the United States at the 2022 Olympic Games in Beijing.