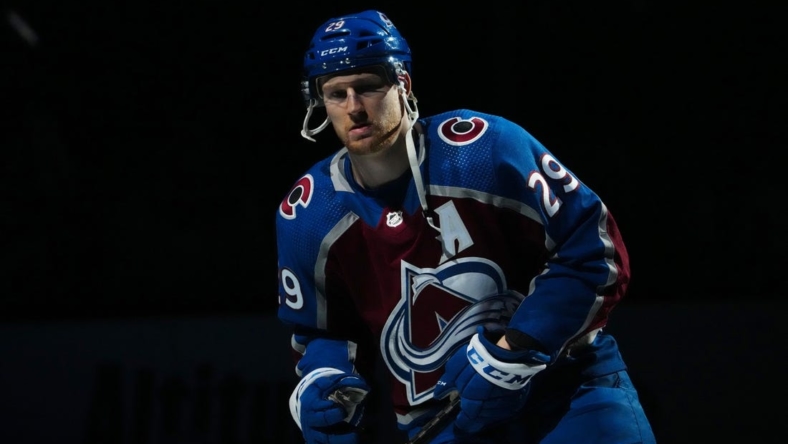 Devon Toews and Martin Kaut had a goal and an assist each, Artturi Lehkonen, Logan O’Connor and Alex Newhook also scored, and the Colorado Avalanche beat the Columbus Blue Jackets 5-1 to sweep the two-game Global Series in Tampere, Finland, on Saturday.

Nathan MacKinnon and Cale Makar had three assists each and Alexandar Georgiev turned away 31 shots for the Avalanche.

MacKinnon finished with seven points — all assists — in the two games.

Boone Jenner scored for Columbus and Joonas Korpisalo had 40 saves in his first NHL game since March 22. Korpisalo missed the beginning of the season recovering from hip surgery and was activated before Saturday’s game to play in his native Finland.

The Blue Jackets have lost five in a row.

Lehkonen quickly gave the Avalanche the lead when he scored his third goal of the season just 33 seconds into the game.

Columbus answered on the power play later in the first period. With Sam Girard off for holding, Jenner tipped Zach Werenski’s shot from the point at 12:27. It was his second goal of the season.

Colorado then took control in the first five minutes of the second period. Kaut broke the tie at 1:22 when his sharp-angle backhander went off Korpisalo’s back and in for his first goal of the season.

O’Connor made it 3-1 at 4:13 when he deflected Makar’s shot by Korpisalo, his third goal of the season and second in as many games.

The Avalanche went ahead by three goals 37 seconds later when MacKinnon fed Toews on an odd-man rush, who beat Korpisalo with a wrister. It was his first goal of the season.

Newhook added an insurance goal early in the third period when he scored off a pass from Evan Rodrigues at 1:36. It was his second goal of the season.